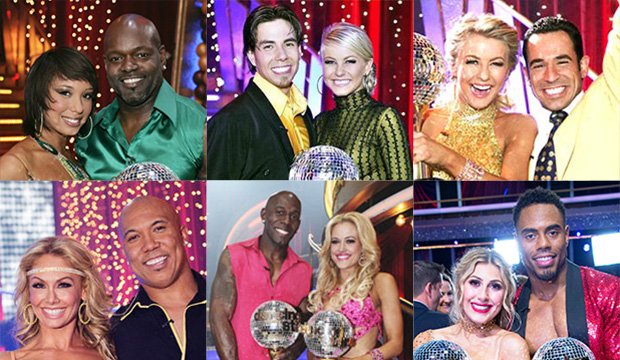 Apolo Anton Ohno has danced off with another win: The short track speed skater is your favorite male athlete winner of “Dancing with the Stars.” With 39 percent of the vote, Ohno was way ahead of the other five contenders.

Well behind in second place with 26 percent is Rashad Jennings, who won Season 24 with Emma Slater. The former New York Giants running back took down frontrunners Normani Kordei and Val Chmerkovskiy, who had to settle for third place behind runner-ups David Ross and Lindsay Arnold.

Coming in third with 15 percent is the first athlete winner of any gender: Emmitt Smith. The Dallas Cowboys legend and Cheryl Burke won Season 3 over favorites Mario Lopez and Smirnoff. Smith and Burke finished fourth in the all-star season.

Three-time Indy 500 champ Helio Castroneves took fourth with 9 percent of the vote. Castroneves and Hough won Season 5 over heavy favorites Mel B and Maksim Chmerkovskiy in one of the most controversial finals in “Dancing” history. He later finished 10th with Chelsie Hightower on all-stars.