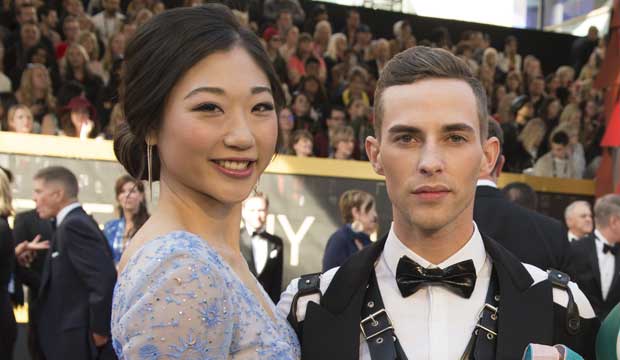 The 10 contestants for “Dancing with the Stars: Athletes” were announced live on Friday, April 13, on “Good Morning America.” The 26th season of ABC’s long-running dance competition series drew all of its celebrities from the world of sports, from football to figure skating. The four-week event starts on Monday, April 30. Scroll down for the full list of competitors along with the pro dancers they will be paired with.

Going into Friday morning’s announcement we already knew of four Olympians who would be competing for the Mirror Ball Trophy. Two of those come from the world of figure skating, a sport that has produced past winners Kristi Yamaguchi (season 6) and Meryl Davis (season 18) as well as runner-up Evan Lysacek (season 10). One is Adam Rippon, who won a bronze medal in the team event at the 2018 Winter Olympics in PyeongChang and stole the show both on and off the ice with his effusive personality. The other is more controversial: Tonya Harding, who was disgraced following an attack on her skating rival (and season 24 “DWTS” contestant) Nancy Kerrigan. Harding was also the subject of the Oscar winning 2017 film “I, Tonya.”

Another 2018 Winter Olympics star is entering the ballroom: snowboarder Jamie Anderson, who won her second straight gold medal in Slopestyle along with a silver medal in the Big Air event. And representing the Summer Games is Jennie Finch, a softball player who won gold at the 2004 Olympics in Athens, and then silver at the 2008 Olympics in Beijing. Will she do even better on the show than David Ross? He was the first baseball player ever to compete on the show, and he surprised everyone by finishing second in season 24.

So who are the other six, and who are they dancing with? Find out below.

PREDICT‘Dancing with the Stars’ now; change them until April 30