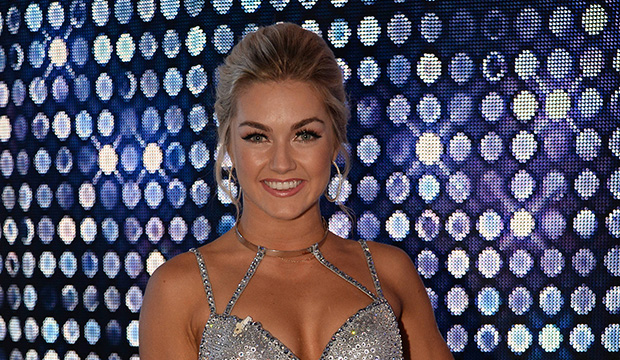 ‘Dancing with the Stars: Athletes’ has dropped another clue about the cast. On Wednesday, the show’s official Instagram page posted a black-and-white photo of a close-up of a woman’s hands holding a basketball. And eagle-eyed “Dancing” fans know exactly whose hands those are: Lindsay Arnold’s.

We’ve chosen our competitors! #DWTS Athletes is less than a month away.

Arnold won last season with Jordan Fisher, so it’s no surprise that she’s back as a pro for the four-week mini-season. Now the question is: Who’s her partner? Is it a retired pro? An active pro? That makes a big difference.

“Dancing” has featured four NBA players before, none who’ve done very well. Clyde Drexler was eighth on Season 4, Rick Fox was sixth on Season 11, Metta World Peace was the first one out in Season 13, and Derek Fisher finished 11th last season.

SEE Johnny Manziel won’t be football player on ‘Dancing With the Stars: Athletes’

So far four athletes are reported to be part of the cast, all Olympians: Tonya Harding, Adam Rippon, Jamie Alexander and Jennie Finch. In keeping with the trend, we hope whoever this basketball player is is also an Olympian.

The full “Dancing with the Stars: Athletes” cast will be announced Friday on “Good Morning America.” The show premieres Monday, April 30 at 8/7c on ABC.