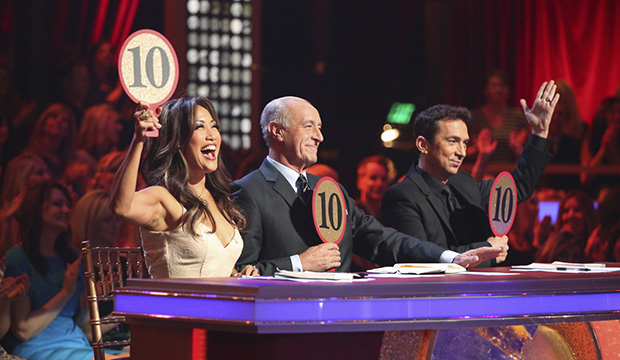 The “Dancing with the Stars: Athletes” won’t be handing out perfect scores like Oprah hands out cars. 44 percent of our readers think only one of the three finalists will see triple 10s for one dance.

Because of the shortened season (and to uphold some credibility), a perfect score has yet to be awarded on “Dancing.” But the finale is the ideal time for the judges to trot one out. If our readers are correct that only one person will receive a 30, it will probably be Adam Rippon. The overwhelming favorite since the start of the season, the figure skater has the highest average score, a 27, of the final three. With 24.5, Josh Norman has the third highest and Tonya Harding is right behind him at 23.8 (Mirai Nagasu, who was shockingly eliminated last week, had the second highest at 25.8).

SEE ‘Dancing with the Stars: Athletes’ finale: Everything you need to know about the May 21 show – start time, dances, songs and how to vote

And if we do see a 30, it will likely come for a freestyle, on which the judges have historically been very lenient. With that in mind, 27 percent of readers believe all three will see 30s. The trio will also each do an unlearned dance: Rippon will do jazz; Norman, foxtrot; and Harding, Viennese waltz.

Twenty-five percent think only two of them will get a perfect mark, while a mere 4 percent think nobody will get one. If the latter happens, it’ll be the first time the show has crowned a champ who did not get at least one perfect score. Kelly Monaco won with the fewest — one 30, for her freesstyle — on the six-week first season.

The “Dancing with the Stars: Athletes” finale airs Monday at 8/7c on ABC.

Alan Bersten on those endless Hannah Brown dating rumors: 'We shut it all out' on 'Dancing with the…

ABC boss defends Sean Spicer's casting and prolonged run on 'Dancing with the Stars': 'It's a ballroom…

'Dancing with the Stars' is eyeing these celebs for Season 29 -- and be warned, political figures are…

Witney Carson on 'Dancing with the Stars' being a popularity contest: 'That's just something that you…