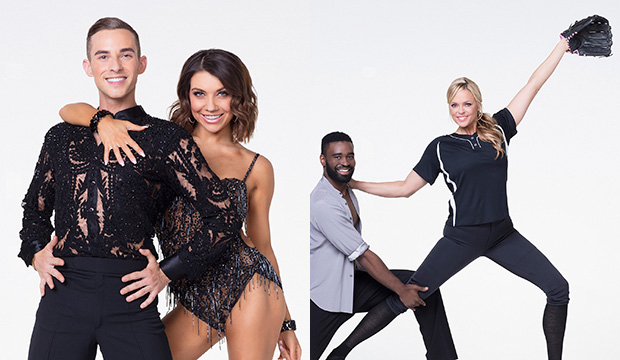 After pairings are announced for “Dancing with the Stars,” the next order of business is not to get to rehearsal — nay, it’s to come up with a team name. That’s not as easy as it sounds. You want to be fun, cheeky, succinct and hashtag-able. If you’re lucky, it can come easily to you; if you’re not, you could stress about it every waking minute.

This was true for some of the couples on “Dancing with the Stars: Athletes,” but they persevered. See their team names below — and check back as the rest get announced.

SEE Will Chris Mazdzer do as well on ‘Dancing with the Stars: Athletes’ as he did 80 mph down the luge track? 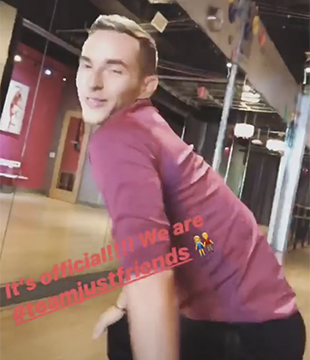 Arike Ogunbowale and Gleb Savchenko: Team Mirrorballers
Though they haven’t announced it — because they can’t (thanks, NCAA!) — Mirai Nagasu and Alan Bersten revealed on Instagram that they had to drop Team Miralball from consideration because it was too similar to Ogunbowale and Savchenko’s team name.

Chris Mazdzer and Witney Carson: Team Move It or Luge It
Pun-tastic. A+ all around. Well done.

SEE Will Mirai Nagasu easily skate to a ‘Dancing with the Stars: Athletes’ victory?

Jennie Finch Daigle and Keo Motsepe: Team Pitch Perfect
Another excellent pun. Now we’re just wondering why the Olympic champion pitcher was never in any of the “Pitch Perfect” films.

Proud of you partner! You really are giving this everything. Love our fun rehearsals!! #teamhomerun #partners #DWTS Everyone go follow my amazing dance partner @johnnydamon ⭐️

Girl you looks good, won't you BACK THAT PASS UP 🏈💃🏻🕺🏾😆 • You guys voted and the decisions made!!! You’re lookin at #TeamBackThatPassUp @dancingabc Thanks for being a part of choosing our name with us ♥️

Kareem Abdul-Jabbar and Lindsay Arnold: Team Tall and Small
This one wrote itself.

Mirai Nagasu and Alan Bersten: Team Fire, Ice and Spice
If you’ve been following their weeklong plight on Instagram, you know that these two have been agonizing over their moniker after they had to nix Team Miralball. Other options: Team Abs and Axels, and Team Fire and Ice. Nagasu made a major push for Team Fire, Ice and Toast, because of their appetites, but Bersten was not on board. They finally compromised on Team Fire, Ice and Spice — with the latter repping their love of food.

I can’t even tell you how long it took for us to come up with this team name. Imagine how long it’s been taking for me to learn how to ???????? https://t.co/EmVLTvbRWB 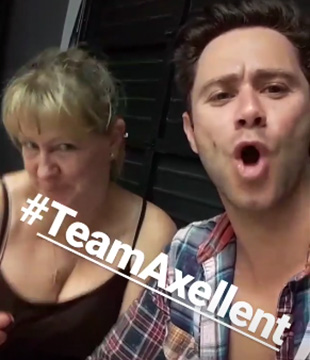