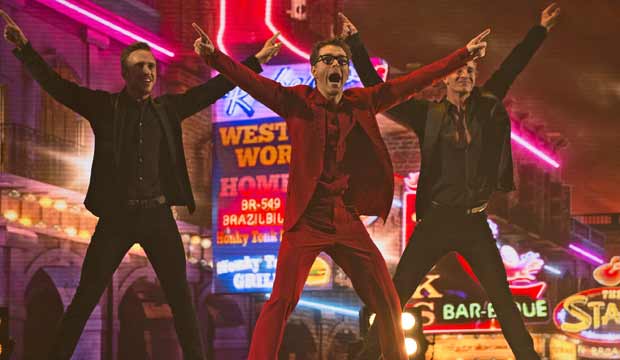 Tinashe and DeMarcus Ware were the judges’ favorites in week one of “Dancing with the Stars” season 27, but our readers had their own ideas. When we polled them about the show’s season premiere they said that fun-loving radio personality Bobby Bones actually gave the best performance. Are they right? Scroll down for the complete poll results at the bottom of this post.

Bones didn’t have, shall we say, the most technically proficient performance on Monday night. His jive with pro partner Sharna Burgess was all over the place, and it ended with a celebration so exuberant that host Tom Bergeron suggested he switch to decaf. Judge Bruno Tonioli describe the performance as “exquisitely demented,” which was a compliment — sort of. Carrie Ann Inaba was also transfixed by it, even though she couldn’t defend his technique too much either. Despite his rough-around-the-edges quality, he achieved a total score of 20 out of 30, which placed him fifth on the leaderboard.

Our readers loved it even more than that, with 17% of our poll respondents calling it the best performance of the night. That’s not an overwhelming victory: roughly five out of six readers picked someone else as their favorite performance of the premiere. But in a divided field that was the most support any celeb got from our readers.

Finishing second in our poll was teenage Disney Channel actor Milo Manheim (14%), while Alexis Ren and DeMarcus Ware tied for third place (11%). Top-scoring Tinashe only got 9% of the vote; that placed her behind Joe Amabile (10%), who got by far the lowest score from judges but was kept in the competition by huge voter turnout. And eliminated contestant Nikki Glaser finished last with us too, getting just 1% of the vote, so maybe our readers are representative of “DWTS” viewers at large.

SEE‘Dancing with the Stars’ Premiere Night 2 recap: Who was the first celeb eliminated at the end of the 2-night event? [UPDATING LIVE BLOG]

If so, that’s good news for Bobby Bones. 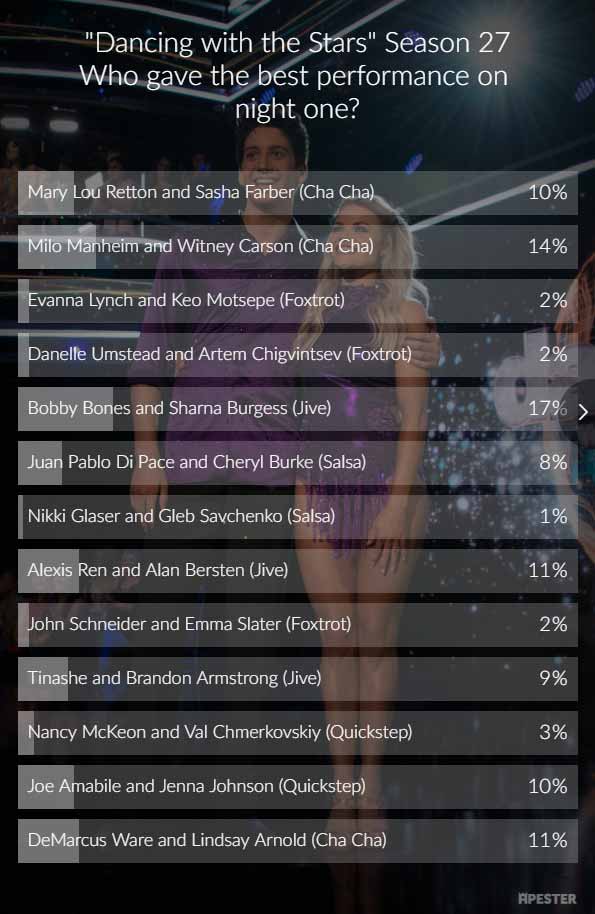