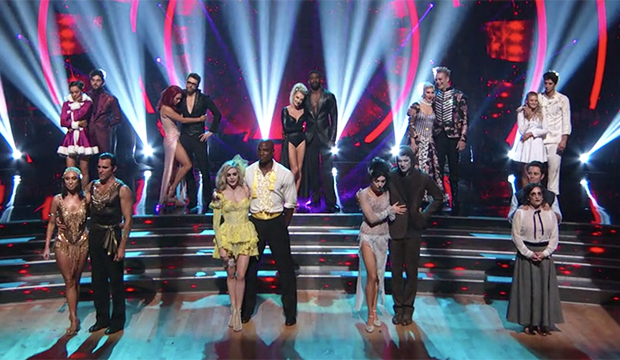 Eight couples survived Monday’s “Dancing with the Stars” elimination, which not only means there’ll be team dances next week, but it will also be a double elimination — the first of two this season.

As we laid out last week, thanks to Carrie Ann Inaba‘s Instagram Story of the season-long schedule, we know that the semifinal on Nov. 12 will have six couples. Since Halloween Night was a single elimination that got us down to eight couples, that means Country Night on Nov. 5 will be a double to whittle the group down to six.

And as previously noted, per Inaba’s photo, the second double will come on the first night of the finale: Five couples will go into Night 1 on Nov. 19, during which two will be cut, and the final three will head into Night 2 on Nov. 20. 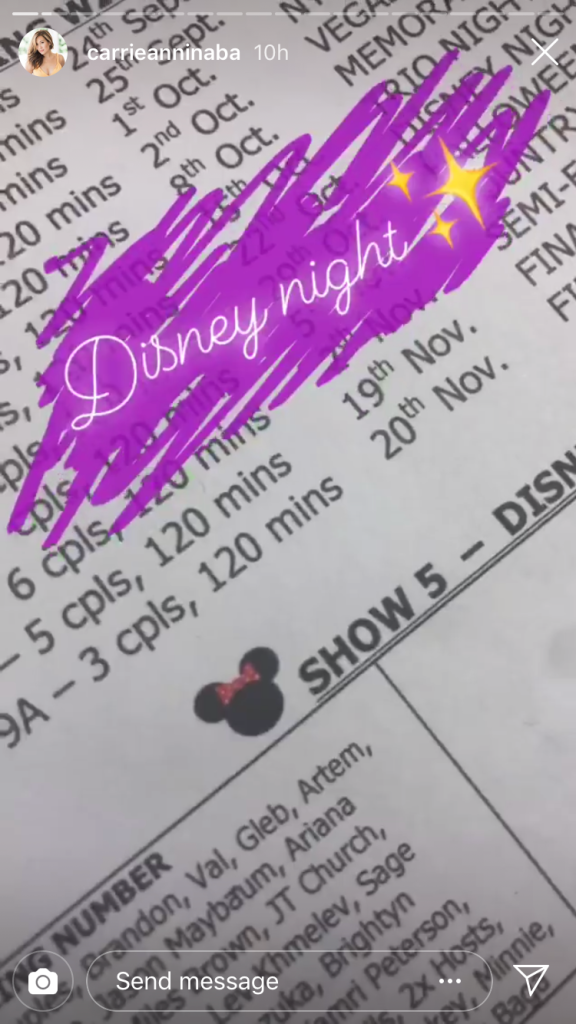 So now the question is, who’s the most in danger of going in next week’s double? The easy answer is the women. All five eliminations have been women so far and there are just two, Evanna Lynch and Alexis Ren, remaining, but they are also two of the better dancers and highest scorers left. It’s three dudes who are chilling at the bottom of the leaderboard: John Schneider, Bobby Bones and Joe “Grocery Store Joe” Amabile. Can they continue to make up ground in votes? Grocery Store Joe is teflon and actually had a dance that wasn’t that bad for once, which could both encourage Bachelor Nation to vote more or relax them into not voting.

The wild card factor is the team dance; those points could make a difference, especially if there’s a huge discrepancy between the two scores.