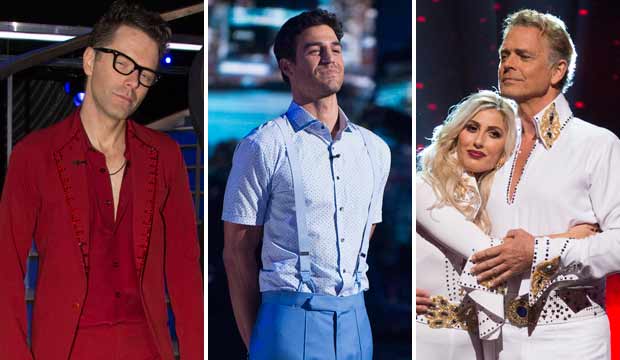 So far it has been a bad season for women on “Dancing with the Stars.” The first four celebrities who have been eliminated from the show have all been women: Nikki Glaser, Danelle Umstead, Nancy McKeon and Tinashe. And it could be historically bad if a fifth straight woman is drummed out this week on Disney Night: it would be the first time one gender has suffered the first five eliminations in a row. But there may be cause for optimism. According to our racetrack odds for tonight’s show, a man will be eliminated next, but which one?

Our odds are based on the combined predictions of Gold Derby users who enter their picks every week in our predictions center, and as of this writing “Dukes of Hazzard” star John Schneider is poised to be eliminated; he gets leading odds of 7/2. He didn’t have the lowest judges’ score last week on Trios Night (he finished eighth with 21 out of 30 for his Argentine tango), but he may have limited support from fans voting at home. We saw that in week one when he was the only man in the bottom six after the judges’ scores were combined with viewer votes. And the two men under him on the Trios Night leaderboard — Bobby Bones and Joe Amabile — are proven fan favorites.

Grocery Store Joe ranks second in our elimination predictions with 4/1 odds. He has been last on the leaderboard every single week, but he has survived on the strength of fan support. However, the gulf between him and the rest of the field is widening. Last week he scored 15, which was five points less than ninth-place Bobby Bones. Then again, Amabile has overcome greater deficits: Tinashe was eliminated last week based on the scores and votes from Most Memorable Year Night when she had nine points more than Amabile.

Rounding out the top three in our predictions is Bones with 9/2 odds. Though he was second-to-last on the leaderboard, he has been in that position before and survived, so unless his fans got complacent, he may be just fine for at least another week. But regardless of our odds, the fans of the remaining women Mary Lou Retton, Evanna Lynch and Alexis Ren had better not get complacent lest we see another shocking ouster.

SEE‘Dancing with the Stars’ Season 27: The Disney Week lineup includes ‘A Star Is Born’ (but not what you’re thinking)

Do you agree with our odds? Click on the graphs below to see more detailed prediction stats for tonight’s episode. 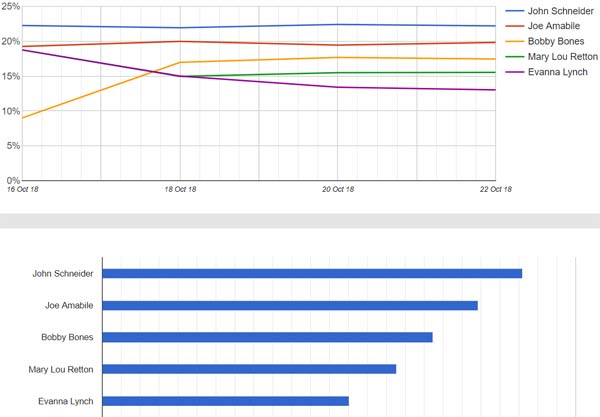