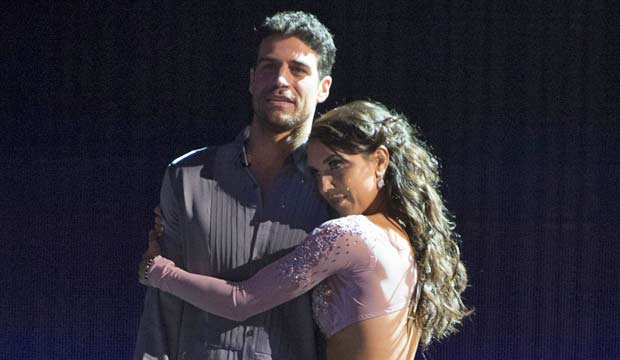 “Bachelor in Paradise” star Joe Amabile has been unshakable this season on “Dancing with the Stars.” Despite getting the lowest score from the judges every single time he’s been on the dance floor, he’s never even been in jeopardy when viewer votes were factored in. Will he continue to coast on the ardent support of his fans in week four? Maybe not. Gold Derby users think he’s at greater risk than ever before.

Our users forecast the results of “DWTS” every week in our predictions center, and they’re split two ways trying to anticipate tonight’s ouster. The odds-on favorite to be sent home is “Dukes of Hazzard” star John Schneider with odds of 37/10, which translates to a 21.5% chance of elimination. He got the second lowest score last week on Most Memorable Year Night (21 out of 30), when he performed a waltz in honor of his mother who died in 2016. That was one of the most emotional dances of the night, so he may have moved audiences into voting for him, but he may not have as much built-in fan support as Grocery Store Joe. We saw that in premiere week when Schneider landed in the bottom six based on his combination of judges’ scores and viewer votes.

But Amabile trailed on the leaderboard significantly with 18 out of 30. Now he’s close behind in our predictions with 19/5 odds, or a 21.04% chance of elimination. That’s virtually a tie. Though his fans haven’t let him down yet, perhaps they’re starting to lose faith since his scores have stalled and he’s just not keeping up with his rivals as the competition advances. Amabile himself may be starting to feel discouraged, so if he doesn’t have a breakthrough soon his elimination might be more of a mercy killing.

Do you agree with our odds? Click on the graphs below to see more detailed prediction stats for tonight’s show. 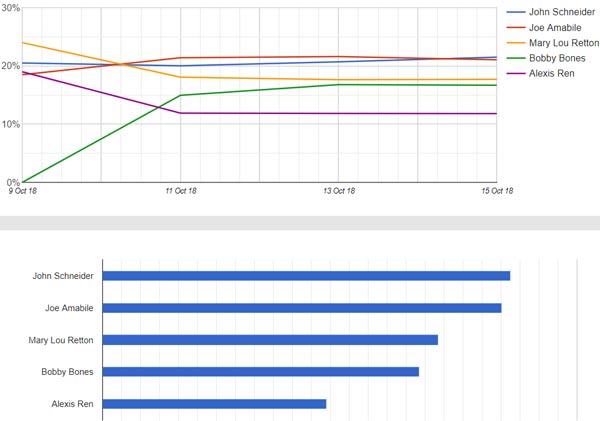