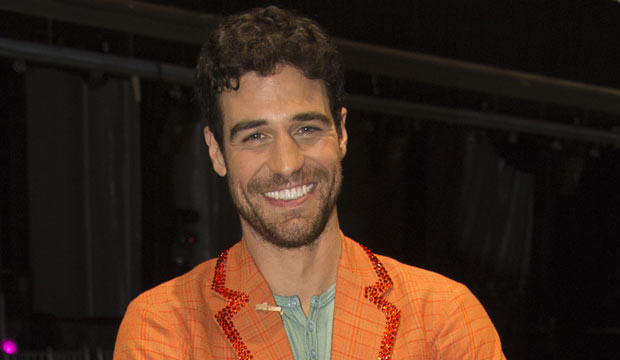 Can Joe Amabile, better known as Grocery Store Joe from “The Bachelorette” and “Bachelor in Paradise,” survive yet another week on “Dancing with the Stars”? He has gotten the lowest judges’ score six times in a row already, but he has never even been in jeopardy when viewer votes were added to those scores. If he gets another last-place score on Halloween Night it will set a scary new record. But our users think the passionate “Bachelor” Nation will finally deport him.

Gold Derby users have predicted who will stay and who will go every week in our predictions center, and this week they say Amabile’s luck will fianlly run out. He’s the front-runner to be eliminated with leading odds of 5/1. It’s possible he would have gone home last week on Disney Night based on scores and votes, but he wasn’t in jeopardy then either — DeMarcus Ware and Alexis Ren were instead. And then host Tom Bergeron announced that it was a surprise non-elimination round, so everyone was safe.

But as Amabile’s scores keep falling farther and farther behind his fellow competitors, it’s going to be tougher for his strong fan base to bridge the gap. And even if they can there may come a point where they stop pushing him through a competition where the judges have started to feel bad about continually giving low scores and he feels bad about continually getting them. If he loses heart, his devoted following might opt for a mercy killing.

However, a number of our readers think “Dukes of Hazzard” actor John Schneider will be eliminated instead. He ranks second in our predictions with 11/2 odds. He has never scored as low as Amabile on the leaderboard, but does he have as much of a buffer in the scores to overcome the Amabile army?

SEEGrocery Store Joe is about to make history with his ‘Dancing with the Stars’ scores, but not the way he’d like

Gymnast Mary Lou Retton ranks third in our predictions, also with 11/2 odds. She has been one of the higher-scoring contestants of the season thus far, but she may also suffer from a fan deficit; in week one she landed in the bottom five after viewer votes were added to the judges’ scores, but she has shown greater emotional vulnerability in recent weeks, so she may have increased her rooting factor among the “DWTS” electorate.

Do you agree with our forecasts that Joe will go? Click on the graphs below for more detailed prediction stats about Halloween Night. 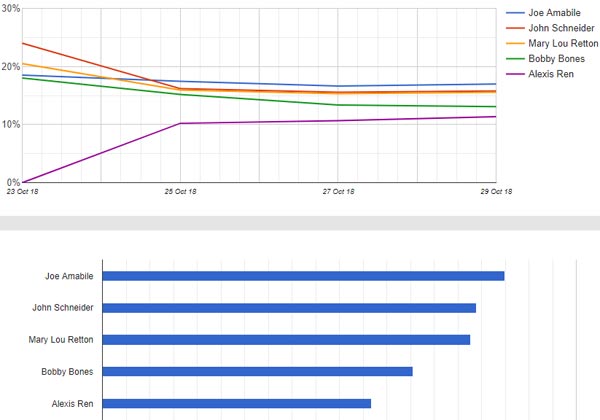