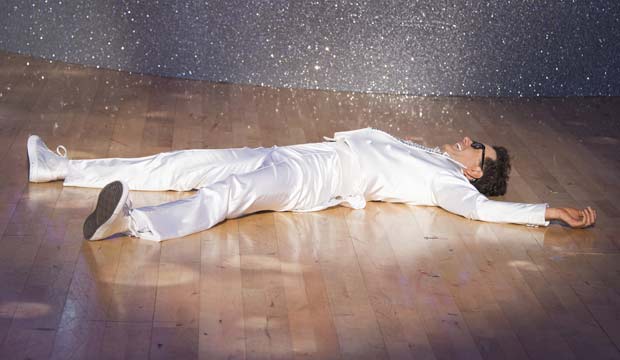 You know it’s bad when even Wikipedia is against you. “Dancing with the Stars” season 27 ended with arguably the most shocking result in the show’s history. Radio personality Bobby Bones won the Mirror Ball Trophy against our predicted favorites Evanna Lynch and Milo Manheim. He did it almost entirely on the strength of viewer votes since he finished last on the judges’ leaderboard in the season finale. Our readers erupted, and apparently so did the editors at Wikipedia, who rejected our reality and substituted their own.

“The worst winner ever,” said commenter filmkr27. “A total joke!” added Paul. “Absolutely obscene,” continued Lisa Hatton — but tell us how you really feel. It was unprecedented for a contestant to have enough fan support to completely overturn the judges’ scores. But for the most part those fans didn’t show up in our comments section, and they’re not on Wikipedia either.

As you can see from the screenshots below, the rebellion began by listing Bones as the “Loser,” while Lynch, Manheim, Alexis Ren, and ousted semifinalist Juan Pablo Di Pace were credited as the true winners instead. Then Bones’s result was properly listed in gold, but so were Lynch and Manheim’s, and instead of “Winner,” Bones’s caption said “This is wack.” Eventually, an especially salty Wikipedia editor excised Bones from the “DWTS” season 27 page entirely. As of 1:00am Eastern (10:00pm Pacific), the proper results had been restored, but by the time you read this, who knows?

Do you think Bones’s Mirror Ball victory was really that outrageous? Check out the screenshots below, and vote in our polls at the bottom of this post. 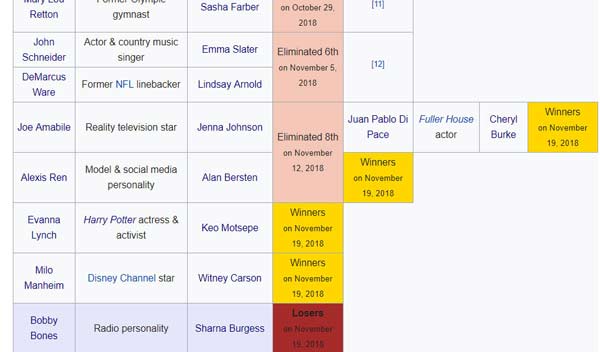 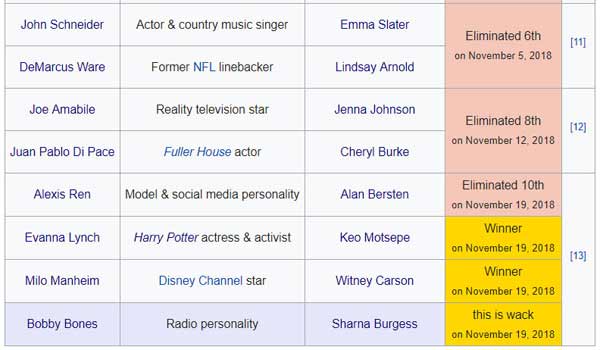 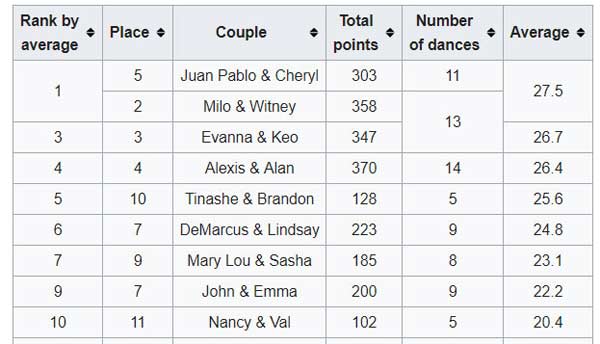