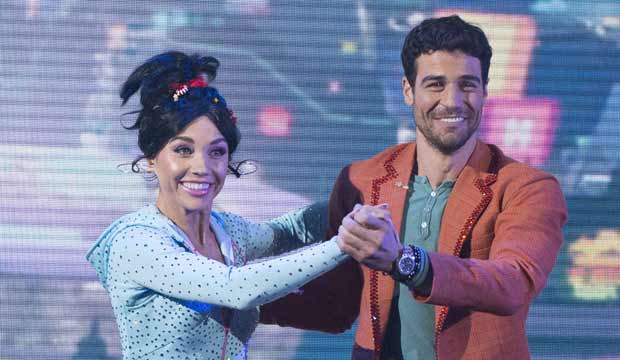 “Bachelorette” and “Bachelor in Paradise” star Joe Amabile, aka Grocery Store Joe, hasn’t been the judges’ favorite contestant on “Dancing with the Stars.” Quite the contrary, he has been the judges’ least favorite contestant week in and week out. But he has been safe from elimination every single week thanks to the loyalty of his fans. Now his scores are poised to break a record, though it’s not the kind of record anyone would want to break. He’s about to have more last-place scores than anyone else in “DWTS” history.

After five weeks there have been six nights of competition on “DWTS” thus far — counting both New York City Night and Las Vegas Night in week two — and he has finished last on the judges’ leaderboard each time. That ties him with Bill Engvall, who in season 17 had the lowest judges’ score six weeks in a row before he was eliminated in fourth place. So if Joe’s scores are that scary again on Halloween Night he’ll stand alone as the worst in “DWTS” history.

But Engvall didn’t even start getting last-place scores until week six, after the weakest dancers had been weeded out of the competition. That means Grocery Store Joe’s run has already been unprecedented. No one has ever been at the bottom for the first six nights of competition in a row. Contestants who consistently score that low are usually eliminated before they have a chance to hit such a milestone.

It’s no fun having scores so bad they’re historic, but there is a silver lining to this massive storm cloud for Joe: it means the support he has gotten from his fans is also unprecedented. No one in last place has ever been carried along by viewer votes for this long, so take heart, Joe — they like you, they really like you.