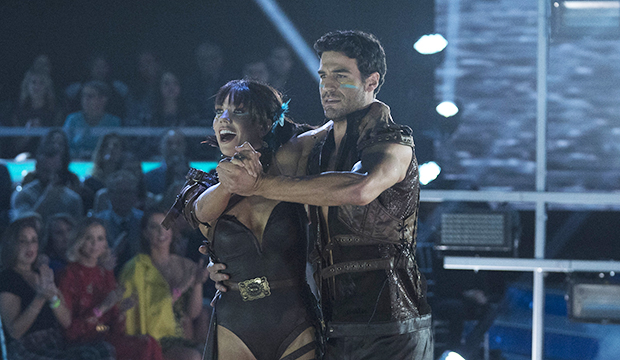 You know what they say: Nothing in life is certain except death, taxes and Joe “Grocery Store Joe” Amabile remaining on “Dancing with the Stars.” The man is unkillable. Not even Monday’s double elimination could take him down. Now he’s in the semifinals, which means he’s one week away from the final. Can he actually make it there?

Since there is a planned five-person final this season, Joe has a greater chance of getting to the last week. He only has to survive one more elimination next week, which he has proven time and time again he can do regardless of what his score is. Save for Week 6, he’s been on the bottom of the leaderboard every week and only has a season average of 18.7. No one has made it this far with an average that hasn’t cracked 20 points. But Bachelor Nation has come through for their boy and he’s already outlasted two people who were once predicted to win, Tinashe — who, by the way, still has the third highest average score, a 25.6 — and DeMarcus Ware, who fell in the double with John Schneider.

SEE ‘Dancing with the Stars’ Week 7 power rankings: Who wowed us on Country Night?

Of his competitors in the final six — Milo Manheim, Juan Pablo Di Pace, Evanna Lynch, Alexis Ren and Bobby Bones — he’s closest to Bones in terms of scores, but Bones, a country radio personality, has his own established fan base. Ren arguably has the smallest fan base of these six, but she and Alan Bersten are going all in on their showmance to drum up more support.

If Joe does make it to the final, we should probably mentally prepare ourselves for him winning the damn thing.