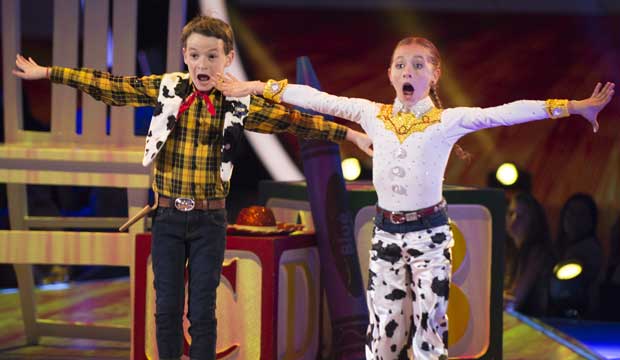 It would be an ironic twist of fate, but it looks like Disney Channel star Jason Maybaum may be eliminated next from “Dancing with the Stars: Juniors” — on Disney Night. That’s according to the combined predictions of Gold Derby users who have entered their picks in our predictions center for this week’s show.

Maybaum gets leading odds of 7/2 to be sent home from the competition. He’s best known for playing Levi Grayson in the Disney series “Raven’s Home,” but he hasn’t been known for high-scoring dances on “DWTS” just yet. In the series premiere episode he got the third lowest score of the night from the judges (18 out of 30) for his cha cha with pro partner Elliana Walmsley. He significantly improved in week two, scoring 21 for his jive, but that still placed him third from the bottom.

Luckily for him, the studio audience votes have compensated for his judges’ scores enough to keep him in the competition, but as the field narrows to the best dancers he’ll be increasingly at risk if he can’t move up on the leaderboard.

Ranked second in our predictions is Sophia Pippen with 39/10 odds. The daughter of basketball great Scottie Pippen had a solid premiere-night jive in week one, scoring 21 and landing in the middle of the leaderboard. But she lost ground in week two when she received a 20 from the judges for her foxtrot. That placed her second to last, so we know she must have done well in the studio audience vote since the celeb who was eliminated, Hudson West, scored higher from the judges.

SEE‘Dancing with the Stars: Juniors’: See who’s dancing what on Disney Week

The same is true for Alana Thompson, aka Honey Boo Boo, who had the fourth lowest score in week one with her salsa (19 out of 30) and then finished dead last in week two with her cha cha (also 19 out of 30). She survived both weeks anyway, so she may be getting a huge boost from the studio audience vote. She ranks third in our elimination predictions with 9/2 odds.

Do you agree with our forecasts? Click on our elimination prediction graphs below for more detailed forecasts about this week’s show. 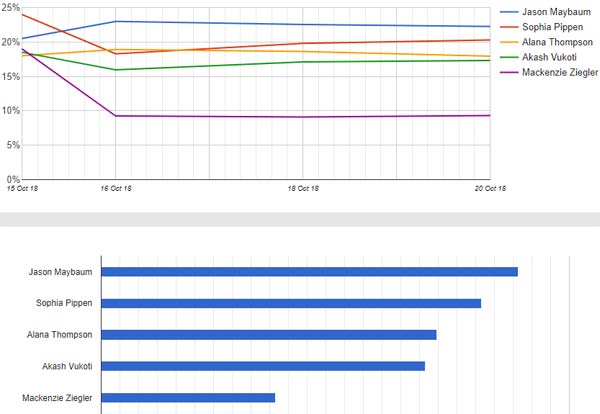