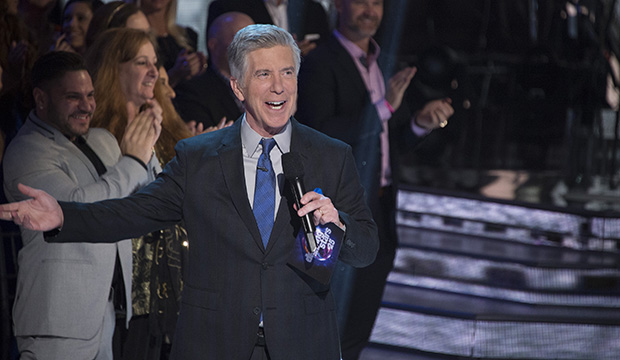 If you thought the “Athletes” season and a one-night finale were huge “Dancing with the Stars” curveballs this year, gird yourself for this bombshell: There might not be a spring season in 2019.

Responding to a fan on Twitter asking if the show will return in the spring on Sunday, Tom Bergeron tweeted, “Doubt it.” When another fan asked for clarification if that means “Dancing” won’t return until next fall or if it’s canceled, Bergeron wrote, “ABC has authorized us to say, ‘See you next year’ [on Monday’s finale] but exactly when is, as yet, undetermined.”

ABC has authorized us to say, "See you next year" but exactly when is, as yet, undetermined.

Since Season 3, “Dancing” has aired two seasons in the calendar year, in the spring and fall. Due to dwindling ratings and ABC’s desire to open up real estate on its schedule, the network reduced the show from two nights a week to once starting in Season 17 in the fall of 2013.

SEE Breaking down the ‘Dancing with the Stars’ final four: Who will win?

This past spring, ABC sprung a four-week “Athletes” season to accommodate its “American Idol” reboot, an installment denounced by fans and Bergeron, who doesn’t think they’ll do it again but defended the season as an experiment the aging show attempted to keep things fresh.

“Dancing” returned in the fall with a regular season, but with one big change: The Season 27 finale will be one night for the first time, a key tweak signaling change is afoot.

Going to once a year might help prolong the show’s lifespan, as it’ll reduce the over-saturation of competition shows and leave die-hards wanting more. It’s clear “Dancing” needs a reset of some kind and taking a lengthy break might help it come back stronger if not better than its halcyon days.