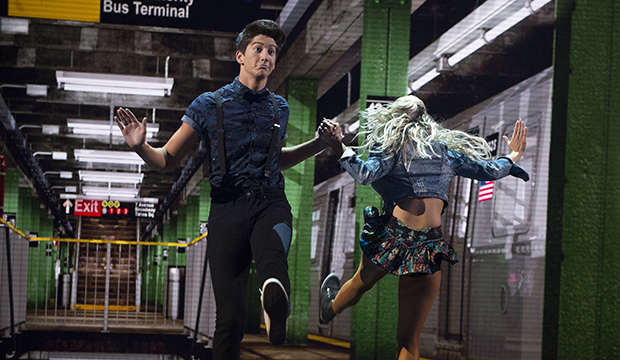 Another week, another injured “Dancing with the Stars” celebrity. Nikki Glaser hurt her back before the Season 27 premiere. Nancy McKeon performed with a fractured foot last week. And now Milo Manheim has pulled his right hamstring.

The “Zombies” star revealed the injury on Twitter on Sunday, writing, “i have officially injured my leg so i’m currently a little #upset :(“

Later in his Instagram Stories, the 17-year-old shared a video of him receiving treatment, which was reposted by Gina Minchella, the show’s in-house physical therapist.

SEE ‘Dancing with the Stars’ Season 27: Who had the most YouTube plays of Week 2?

@milomanheim getting much needed treatment for his newest injury from yours truly 🙋‍♀️. Thanks for the shout-out (and the compliment) Milo. #DWTS #physicaltherapist #performingartsphysicaltherapy

Manheim has been one of the most promising contestants this season, topping the leaderboard last week in a three-way tie with Tinashe and Juan Pablo Di Pace, so hopefully this is just a sore muscle. Unfortunately, he has the jive for Most Memorable Year, so he can’t just take it easy Monday night. Learning those kicks and flicks is probably how he pulled his hamstring in the first place. (Based on him running out of gas in rehearsal last week, he doesn’t seem to be in the best shape… yet.) Witney Carson might have to adapt some of the choreography, but more likely than not, if it’s not too serious, Manheim will take some meds and power through it on adrenaline.

SEE ‘Dancing with the Stars’ Week 3: See who’s dancing what (and how they’ll make you cry) for Most Memorable Year

Manheim started the season ranked eighth in our predictions to win, but he has since risen to fourth. His two performances in Week 2 also logged the most plays out of all the contestants, and he hasn’t been in jeopardy yet, so even if this injury affects him, he should have fan support to help him out.