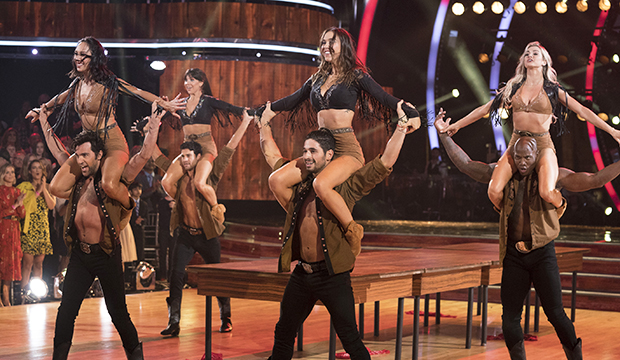 It’s the second-to-last week on “Dancing with the Stars,” which means two times the dances. The six semifinalists will tackle two individual routines this week: one unlearned dance and a judges’ pick of a style to redo from earlier in the season. The judges’ pick do-over is usually reserved for the finale, but nothing about this season makes sense (hi, Joe!), like the fact that there will be a one-night finale.

Since the finale is now one night, it’s unclear if there will be a double elimination at the end of the semifinal, which would give us a final four instead of an unprecedented final five. Originally, the second double elimination would’ve occurred on Night 1 of the finale to produce a final three for Night 2.

SEE ‘Dancing with the Stars’ shocker: The finale will now just be one night

Here is the Week 8 lineup:

Evanna Lynch and Keo Motsepe
Unlearned dance — Contemporary: “Stand Up for Something” by Andra Day
Judges’ pick — Foxtrot: “Rewrite the Stars” from “The Greatest Showman” (mentored by Len)