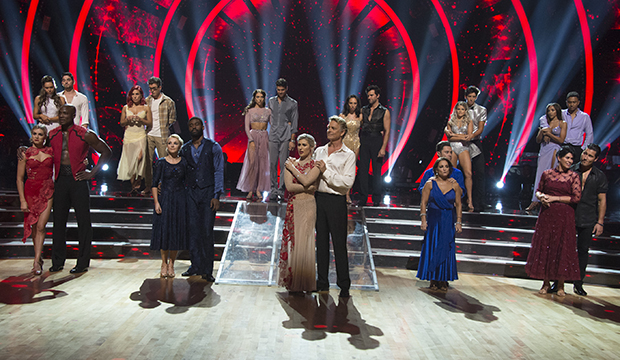 Memorable Year Week on “Dancing with the Stars” brought the first 30 of the season, lots of tears, and six couples clearing 100,000 plays on YouTube. Who were they?

Before we being, again, some caveats:

Alexis Ren and Alan Bersten
Contemporary: 303K
The model has been killing it in YouTube plays, but she definitely gained more eyeballs with her heartbreaking story of her mother’s death from breast cancer. The routine was lovely and gorgeous, but aren’t all contemporary routines? She only got a 26, but our readers thought she was the highlight of the night.

Milo Manheim and Witney Carson
Jive: 263K
Milo is still pulling in the massive numbers – deservedly so for his exuberant jive that included a backflip off the judges’ table. Oh yeah, he had pulled his hamstring two days beforehand.

Bobby Bones and Sharna Burgess
Contemporary: 193K
As promised, Bobby didn’t go rogue this time. Instead, he paid homage to his hardscrabble upbringings, the optimism of dreams, and his mother, who was inspired to get her GED after he became the first person in his family to graduate from high school. The routine was still rough in parts, but, again, it’s the story that makes you want to watch.

Juan Pablo Di Pace and Cheryl Burke
Samba: 186K
The “Fuller House” stars’ electrifying samba topped the leaderboard with a 30, but he didn’t top the YouTube plays list. Still, this is a marked improvement from last week, when his two dances only combined for approximately 68K views.

Evanna Lynch and Keo Motsepe
Viennese waltz: 150K
After getting lowballed in Week 1, the judges’ scores have been commensurate with Evanna’s level of dancing. And she created some magic with her “Harry Potter”-themed routine, which probably stoked lots of nostalgia.

Joe “Grocery Store Joe” Amabile and Jenna Johnson
Viennese waltz: 105K
This was Joe’s best performance so far, but compared to everyone else, he’s still light years behind. But he gave Bachelor Nation some Kendall content since 2018 was his most memorable year, thanks to “The Bachelorette,” “Bachelor in Paradise” and “Dancing.”

SEE Did DeMarcus Ware get screwed over by the judges on ‘Dancing with the Stars’?

Tinashe and Brandon Armstrong
Rumba: 86K
Tinashe is one of the top scorers and dancers, but none of her routines have hit the six-figure mark in plays (as of press time). That doesn’t mean fans aren’t voting for her – or does it? She was put in jeopardy this week, which doesn’t necessarily mean she was in the bottom two, but TPTB often put a couple in danger to spur fans to vote.

DeMarcus Ware and Lindsay Arnold
Argentine tango: 76K
DeMarcus closed the show for the second time in three weeks with a stunning Argentine tango, but looks like few had interest in watching or rewatching it. Still, of these bottom six in terms of views, he’s the safest to make it far.

Nancy McKeon and Val Chmerkovskiy
Rumba: 44K
Nancy got the boot, but she slightly edged out her fellow contestants of a certain age with views here.

Mary Lou Retton and Sasha Farber
Vienneze waltz: 42K
The bottom two here are the same as last week’s, just in swapped spots. Mary Lou had another good performance, but the older contestants are getting lost in the middle of the pack, which makes for easy pickings when fan votes come through for Joe and Bobby.

John Schneider and Emma Slater
Waltz: 41K
The “Dukes of Hazzards” star honored his later mother with his waltz, but like with Mary Lou and Nancy, there isn’t that cross-platform, cross-generation interest here.