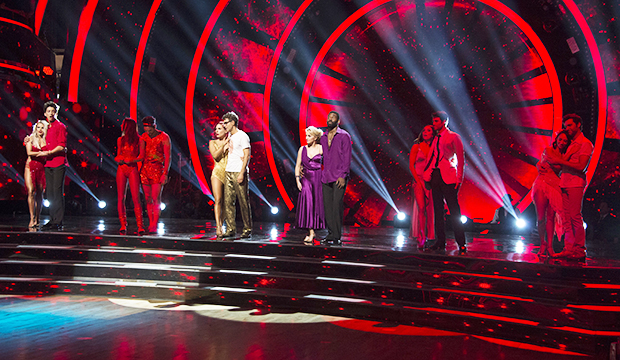 Double the dances on the “Dancing with the Stars” semifinal means double the YouTube plays we have to look at. It’s not that much different at the top, but one of the two people eliminated was definitely nowhere near the bottom on this list.

Alexis Ren and Alan Bersten
Waltz: 193K
Jive: 286K
Total: 479K
Alexis is on top once again — this time by a super wide margin. How much of this is propelled by the showmance? It’s hard to say since she’s always been in the top three of YouTube views, but since she’s also made the final, it’s clear people are buying what they’re forcing down our throats.

Milo Manheim and Witney Carson
Argentine tango: 162K
Cha-cha: 177K
Total:  339K
More of the same from Milo and his fans. Just like his performances, his YouTube plays have been remarkably consistent.

Juan Pablo Di Pace and Cheryl Burke
Argentine tango: 131K
Salsa: 100K
Total: 231K
The good news: Juan Pablo got his most plays since his 30-scoring samba way back in Week 3. The bad news: He was eliminated. Perhaps the outrage over his exit despite two 30s on Monday spurred people to check out these routines.

Bobby Bones and Sharna Burgess
Salsa: 89K
Jive: 91K
Total: 180K
Bobby dropped out of the top three for just the second time this season. But unlike Week 4, when he had the second fewest views, these numbers are on par with what he usually pulls; it’s just that Juan Pablo’s views shot way up.

Evanna Lynch and Keo Motsepe
Contemporary: 81K
Foxtrot: 63K
Total: 144K
Evanna put in one of the best performances of the night with her contemporary and received another perfect score, but her play count still didn’t experience a major hike. But she made the final, which is all that matters.

Joe “Grocery Store Joe” Amabile and Jenna Johnson
Contemporary: 58K
Quickstep: 49K
Total: 107K
It was probably hard to imagine back in Week 1, but Joe is dead last here. But we knew this was coming with his downward view trajectory the past few weeks. The schadenfreude was over and now so is his time on the show.