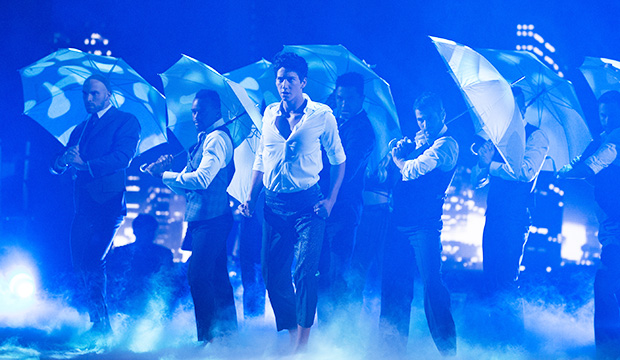 Bobby Bones may have won the Mirrorball trophy on “Dancing with the Stars,” but he didn’t win the battle for the most YouTube views in the final week — or for the whole season. Some of you probably wish this ranking was the actual “Dancing” order of finish. But alas.

For the last time this season, some caveats:

Milo Manheim and Witney Carson
Charleston: 212K
Freestyle: 502K
Total: 714K
After two weeks at No. 2, Milo reclaimed the top spot with his exuberant Charleston redo and a showstopping freestyle. This is the fifth time Milo’s gotten the most plays of the week — the most of anyone this season — which will have to be his consolation prize. He clearly has a ton of fans, but whether all those fans voted is unknown; what’s more likely is Bobby’s fan base is much larger and not all of them hang out online (re)watching his dances.

Bobby Bones and Sharna Burgess
Cha-cha: 186K
Freestyle: 436K
Total: 622K
Bobby climbed up two spots this week thanks to his surprise victory, which no doubt had more people checking out his final routines. In nobody else’s numbers can you see dancing and talking! He only topped this list once this season, way back in Week 1, when he ran around like a mad man after his jive.

Alexis Ren and Alan Bersten
Argentine tango: 115K
Freestyle: 376K
Total: 491K
After two weeks at No. 1, Alexis, who had the most views three times this season, dropped to third, with her views heavily skewed toward her freestyle. Maybe folks were looking for that cringe-worthy kiss?

Evanna Lynch and Keo Motsepe
Tango: 79K
Freestyle: 159K
Total: 238K
Unsurprisingly, Evanna is last here — and is the only one with a dance that didn’t break 100K — and was never able to crack the top three either this season. She is the most improved of anyone in this cast, so we highly recommend going back and watching all her routines in order.