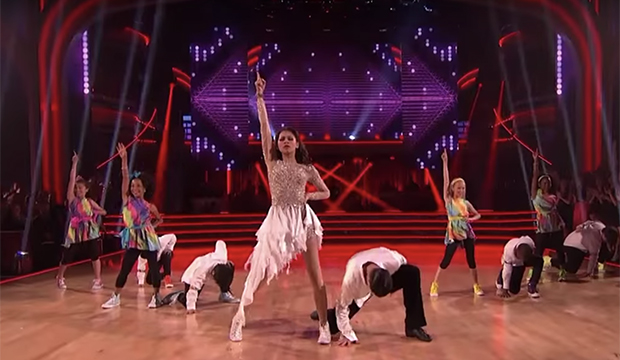 It’s been almost five years, but “Dancing with the Stars” pro Val Chmerkovskiy is still not over his and Zendaya’s loss on Season 16. The duo finished second to Kellie Pickler and Derek Hough.

“I wish I could go back and have another chance at that season,” he tells “Entertainment Tonight” while promoting his new book “I’ll Never Change My Name.” “My biggest heartbreak was on ‘Dancing with the Stars,’ not winning with Zendaya, honestly. That was a huge heartbreak for me because she was 16. I wanted this to be such a huge moment for her. She worked so hard, and I really wanted her to lift that trophy and jump-start her career. And she didn’t lift the trophy and I felt heartbroken about that.”

At the time, Zendaya was on the Disney Channel series “Shake It Up” and was “Dancing”’s youngest contestant to date. She and Chmerkovskiy became frontrunners early on, regularly topping the leaderboard. In fact, the duo had the highest point total on both finale nights, edging Pickler and Hough 65 to 64 and then 95 to 94, but Pickler and Hough overcame that slim margin with fan votes to claim the Mirrorball trophy.

Chmerkovksiy says he feels like he “dropped the ball a little bit,” possibly referring to the freestyle, which is usually make-or-break number. He and Zendaya did an upbeat hybrid of cha-cha, contemporary and hip-hop styles, while Pickler and Hough opted for a lyrical routine that reduced judge Carrie-Ann Inaba to tears. Pickler and Hough also got the encore slot on the second night of the finale for their freestyle.

Nevertheless, Chmerkovskiy, who later won with Rumer Willis and Laurie Hernandez, notes that the “Spider-Man: Homecoming” and “Greatest Showman” star is doing pretty well for herself these days. “It jump-started her career anyway,” he says. “That’s when you learn that it’s not necessarily always about winning or losing, it’s really about learning through the process and then using those tools to further yourself down the road.”

Still, he “would’ve loved to give her another shot at that.” Maybe all-stars one day?

Do you think Zendaya should’ve won Season 16? Watch her and Picker’s freestyles below and vote!