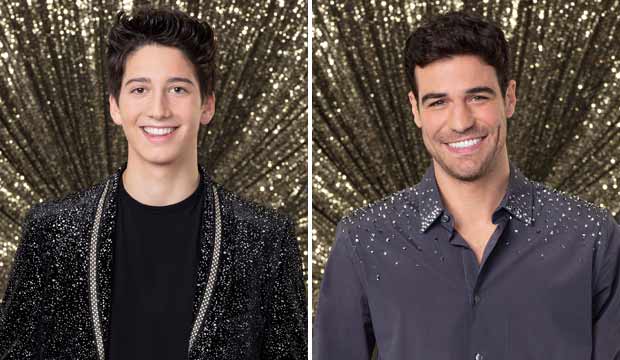 With only four weeks left in the season, it was do-or-die for the remaining nine couples on “Dancing with the Stars.” On Monday night each couple performed a Halloween-themed routine in the hopes of spooking the judges and audiences into granting them another week in the competition.

At the end of the night Milo Manheim and Juan Pablo Di Pace tied for the top spot with both earning perfect scores of 30 out of 30. Meanwhile, Evanna Lynch had a breakthrough this week earning her highest scores yet. Also for the first time this season, Grocery Store Joe did not place at the bottom of the leaderboard. Unfortunately, that honor went to John Schneider, whose “Beetlejuice”-inspired paso doble left the judges cold.

But in the end it was Olympic gold medalist Mary Lou Retton and her partner Sasha Farber who were taken out of the competition. Did they really deserve to go home? Below are my rankings for Halloween Night from worst to best. Which performances were sweet, and which ones left a sour taste in my mouth?

I give major props to Jenna for the “Frankenstein” theme, and Joe actually showed some improvement with this performance. This was the first time I felt he actually enjoyed himself on the dance floor. With that said, I’m still hoping that this is his final dance.

John has impressed me in recent weeks. However, I felt that this was one of his weakest performances this season. I thought he performed the steps fairly well, but it lacked the passion and attack of the paso doble. There were also a lot of mistakes that came off as sloppy throughout the dance.

I really loved the opening of the dance in which the evil teacher laid waste to her classroom. But I agreed with Carrie Ann Inaba that it felt a little bit forced and lacked energy and attack.

DeMarcus had a fire lit under him after being in jeopardy last week. Overall, this dance was really entertaining. The lifts were especially amazing, but in my opinion it lacked the hip action needed for the salsa. Lindsay deserves credit, then, for choreographing to DeMarcus’s strengths — literally.

SEEWe bow down to Juan Pablo Di Pace (‘Dancing with the Stars’): His Halloween jive was ‘sheer perfection’ [WATCH]

The storytelling in this dance was good. However, I felt that the choreography leaned more towards contemporary than Argentine tango. With that said, this performance did a great job of keeping you glued to the screen from start to finish, and it was his best dance.

This “Candyman” routine had great staging! And I thought the dance itself was cute. It was light, fun and entertaining. And Alexis and Alan definitely have great chemistry.

SEE‘Dancing with the Stars’: Love was in the air for Alexis and Alan on Halloween, but could their showmance backfire? [WATCH]

This was a very neat and clean dance. There was a lot of jive content, and it was full of energy throughout. I think this was one of his best dances this season.

After weeks of disappointing scores, Evanna was looking to prove that she’s truly a contender for the Mirror Ball Trophy. If her tango is any indication, she’s starting to peak at the right time. The routine was full of content, energy, and attack, and it’s about time the judges scored her accordingly.

SEEDid Grocery Store Joe really have a ‘Dancing with the Stars’ breakthrough on Halloween, or did the judges go overboard? [WATCH]

I loved the padded-cell staging and storytelling. Milo is great at getting into character, and he had me entranced. This will go down as one of the best routines of the season.

With the elimination of Mary Lou, we are down to just two female celebs in this competition. I’m not sure who will go home with low-scoring celebs like Joe and Bobby constantly safe from the chopping block. I have a strong suspicion that we may see Alexis and Alan go home with the possibility of John and Witney being the other couple in a double elimination.