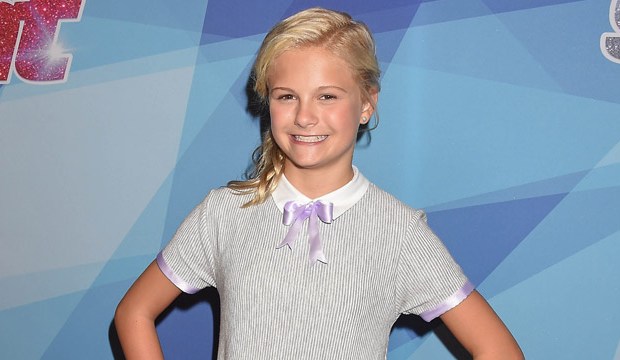 When “America’s Got Talent: The Champions” premieres January 7, 2019 on NBC, a whopping 50 acts from around the globe will return to compete for the title of “AGT” Champion. Among them is Darci Lynne Farmer, the 14-year-old singing ventriloquist who took America by storm when she won Season 12 of the reality TV show. Darci has had one of the most successful post-“AGT” careers thanks to her nationwide tour, appearing on “Little Big Shots” and now starring in her own Christmas special.

SEEShin Lim and Mat Franco are the only 2 magicians to win ‘America’s Got Talent,’ but 6 singers have prevailed

More than 15 million viewers tuned in to watch Darci beat runner-up Angelica Hale, a pre-teen singer, during the 2017 finale. Angelica, who later joined Darci during her Las Vegas show, will now get a second chance at “AGT” glory as she’s also a part of the upcoming “Champions” spinoff series.

At least three acts from this summer’s extremely viral 13th season are back, with singer Courtney Hadwin and comedian Samuel J. Comroe duking it out against Shin after his shocking win. “AGT” judges Simon Cowell, Heidi Klum, Mel B and Howie Mandel will return to the dais, while host Tyra Banks has been replaced by Terry Crews.

The format of “America’s Got Talent: The Champions” is still a mystery though it’s expected to contain seven episodes, airing from January 7 to February 18. The “Got Talent” franchise airs in 184 countries around the globe, but only acts from a select handful of countries have been asked to compete, including of course Great Britain where it all started.