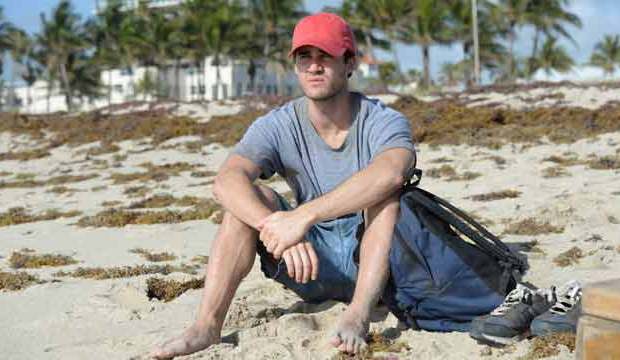 Darren Criss spent five seasons charming viewers and critics with his performance as Blaine, the charming and clean-cut crooner on Ryan Murphy‘s hit musical-comedy “Glee.” Now, Criss is turning the tables on audiences by playing a character who is anything but charming: serial killer Andrew Cunanan in Murphy’s new FX anthology series, “The Assassination of Gianni Versace: American Crime Story,” and industry observers are taking notice. In her review of the series, USA Today’s Kelly Lawler wrote that Cunanan is “brought to life with disturbing energy and commitment by Criss, who has decidedly left his wholesome ‘Glee’ character in the dust.” Will Emmy voters take notice of Criss’s killer performance?

“The Assassination of Gianni Versace” follows Cunanan’s destructive path which led him to murder famed designer Gianni Versace (Edgar Ramirez) on the footsteps of his Miami home. Throughout the series, we see Cunanan’s path to Versace, a path that also involved Cunanan killing at least four other men. Cunanan is portrayed as a deeply disturbed, emotionally distant young man whose charisma is matched only by his mental instability.

We see both of those qualities on display in the show’s premiere episode. First, Cunanan is able to use his charm to endear himself to a wary Versace, ultimately leading to the designer asking Cunanan on a date to the opera. Later, the episode flashes forward to the moments after Cunanan killed Versace, and we see Cunanan alone in a parking garage, laughing maniacally and practically unable to contain his euphoria.

Criss’s performance has earned raves from television critics. Writing in The New York Post, Robert Rorke says, “Special mention must be made of Criss, who beautifully captures Cunanan’s ability to tell the biggest lies anyone has ever heard and literally charm the pants off anyone he sets his sights on.” The San Francisco Chronicle‘s David Wiegand calls Criss’s performance “exquisite” and says, “We may have read the papers and watched new accounts of the killing spree and wondered how anyone could have been taken in by such a malevolent poseur. The answer is in Criss’ Emmy-worthy performance.” Reviews like these instantly put Criss in the conversation for this year’s Emmy Awards.

Criss also has a distinct advantage in terms of screen time. As noted by our writer Riley Chow, Criss appears in every episode of the series — far more than many of the show’s big-name stars, including Ramirez, Ricky Martin as Versace’s partner Antonio D’Amico, and Oscar winner Penelope Cruz as Versace’s sister Donatella. Having that amount of screen time gives Criss the opportunity to show off all facets of Cunanan, from moments of charm and geneality, to outbursts of murderous rage and violence. With Criss as the standout among such a superstar cast AND having such a showy role, it seems almost impossible that the Emmys will ignore him.

Also in Criss’s favor is the fact that the Movie/Mini Actor category at the Emmys is full of winning villains: Armand Assante (“Gotti”), Al Pacino (“Angels in America”), Gary Sinise (“George Wallace”), and Kenneth Branagh (“Conspiracy’) are just a few. And despite the fact that this category tends to favor veteran actors, last year Emmy voters proved their willingness to reward younger talent when they gave the prize to Riz Ahmed for “The Night Of.”