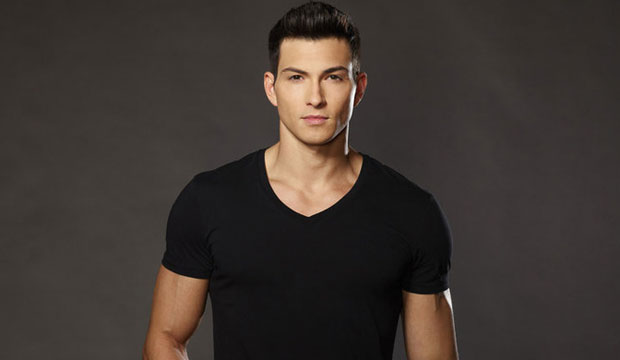 “Days of Our Lives” just won its fourth Daytime Emmy for Best Drama Series, and it’s bringing back one of the men who helped it get there: Robert Scott Wilson, who played serial killer Ben Weston, is back on contract with the NBC soap as was exclusively revealed by Soap Opera Digest. “There is still so much with Ben; he’s so layered and such a fun character to play,” Weston told Digest. “I just like jumping back into him. I love what [Ron Carlivati, head writer] and the whole team has been doing with him thus far.”

Ben Weston was the infamous Neck Tie Killer on “Days,” who murdered Will Horton in a controversial plot twist that was reversed when it was revealed that Will (played by three-time Emmy winner Chandler Massey) was still alive. The episode in which Ben crashed a wedding to reveal Will’s survival was one of the of the two that the show submitted to Emmy judges to decide Best Drama Series. Those scenes also helped earn Marci Miller a Best Actress nomination for playing Abigail Deveraux. And his reign of terror previously pushed Kate Mansi to a Best Supporting Actress win as Abigail in 2017.

But where do you go with a serial killer as a full-time character after all the mayhem he caused? Our forum posters have been discussing the casting news. Read some of their comments below, and join the discussion here in our message boards.

OLTLfan: “What story would there even be for him? … He had great chemistry with Massey. But I don’t want another gay serial killer story like ‘OLTL’ did with Nora’s husband. Can’t they bring him back as a new bi or gay character that gets involved in the Will/Paul/Sonny/Leo quad?”

Djoko: “I remember everyone thought he would be made into a gay character when they first brought him on the show, but that didn’t happen. Could happen now if they were smart.”

EmmyLoser: “I can’t really imagine what they have in store for Ben. It would make more sense if he were going to play a different character, a twin or a look-alike, or maybe Ben (having faked his death or something) coming to town and pretending to be a twin or a look-alike. [Wilson] does specifically talk about playing Ben again. Maybe they say he’s gotten a bunch of psychiatric help and can re-enter society. Maybe it was a brain tumor!”

FreemanGriffin: “I was thinking they would have him back in story with Abigail, who I think would go to a psych ward. I think he is a terrific actor and I am looking forward to his return.”