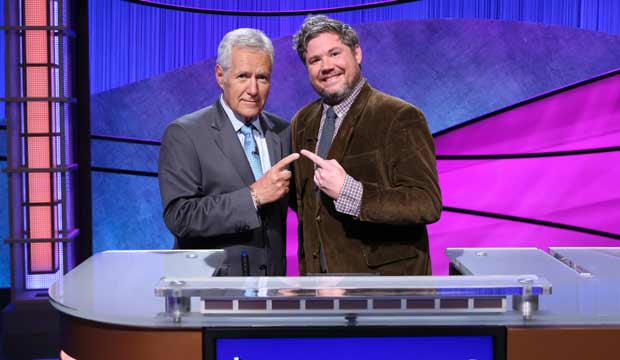 Can any series beat “Jeopardy” for Best Game Show at the Daytime Emmys? The long-running trivia program hosted by Alex Trebek has won the top prize five times in the last seven years and a whopping 16 times overall, more than twice as many as the next most awarded show, “The Price is Right,” which has prevailed seven times. And “Jeopardy” is the defending champ in the category.

“Jeopardy” has been on the air in one form or another since 1964. Hosted by Art Fleming, it originally ran on NBC for 11 years until 1975, and then again from 1978-1979. That original run earned two nominations for Best Game Show (1974-1975), but it lost to “Password” and “Hollywood Squares,” respectively. The syndicated series known to viewers now with Trebek as host began in 1984 and has been nominated for Best Game Show every year since with one exception: it didn’t make the cut in 1988, but that was its only absence. Its nomination this year is its 35th overall, which extends its record as the most nominated show of all time.

If there is a different winner in the category, history has shown that “The Price is Right” is usually its biggest threat. It has won the award seven times (1988, 1996-1997, 2004, 2007, 2013, 2016), and it’s now nominated for the 34th time, which is just one shy of “Jeopardy’s” record. In addition, both shows have four nominations this year, which along with “Family Feud” makes them the most nominated game shows at this year’s Emmys. Rounding out the category are “Let’s Make a Deal” and “Family Feud,” which have yet to win.

So will “Jeopardy” continue its reign, or will it be overtaken by one of its rivals?

MAKE YOUR PREDICTION: Who will win Best Game Show?
To save your prediction, you must log in to Gold Derby. Click here to sign in with existing account -- or create a new one.
PREDICTthe Daytime Emmys now; change them until April 29