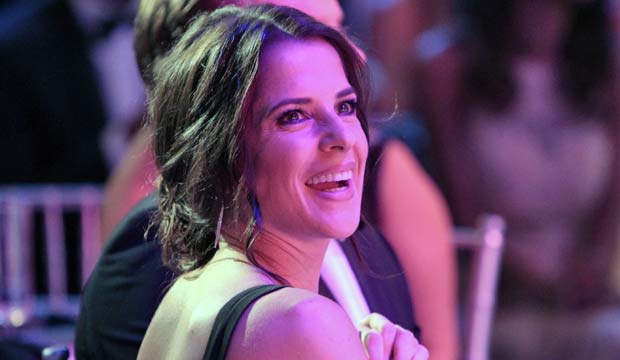 2018 marks Kelly Monaco‘s 15th anniversary on “General Hospital” as Sam McCall. She joined the cast in October 2003 shortly after the cancellation of “GH” spin-off “Port Charles,” where she had played Livvie Locke for four years. She has earned two Daytime Emmy nominations in her career — Best Supporting Actress for “PC” in 2003 and Best Actress for “GH” in 2006 — but it’s been more than a decade since she’s been nominated, and she has yet to win. Will this be her year?

“GH” has had a strong track record for Best Actress in recent years, winning in 2015 for Maura West and earning six nominations in just the last three years. But this year Monaco is on the pre-nominations ballot with three other actresses from “GH,” all of them past Emmy champs: her on-screen mother Nancy Lee Grahn (Best Supporting Actress winner in 1989 for “Santa Barbara” and 2012 for “GH”), Laura Wright (Best Actress winner in 2011 for “GH”) and West (Best Actress winner in 2007 and 2010 for “As the World Turns,” and the aforementioned win for “GH” in 2015). So can Monaco get past her own cast-mates for a nomination, or maybe even a win?

As of this writing Monaco ranks fifth in our predictions with 7/2 odds, which puts her in position for a nomination. Those odds are based on the combined forecasts of hundreds of users who have entered their picks at Gold Derby thus far. That includes the Top 24 Users who got the highest scores predicting last year’s Daytime Emmy nominations, of whom 15 are betting on a nom for Monaco. And she’s also backed for a bid by 13 of our All-Star Top 24 who got the highest scores when you combine the last two years’ predictions.

Be sure to make your Daytime Emmy predictions so that Hollywood insiders can see how their shows and performers are faring in our odds. You can keep changing your predictions until just before nominees are announced on March 21. And join in the fierce debate over the 2018 Daytime Emmys taking place right now with Hollywood insiders in our daytime TV forums. Read more Gold Derby entertainment news.