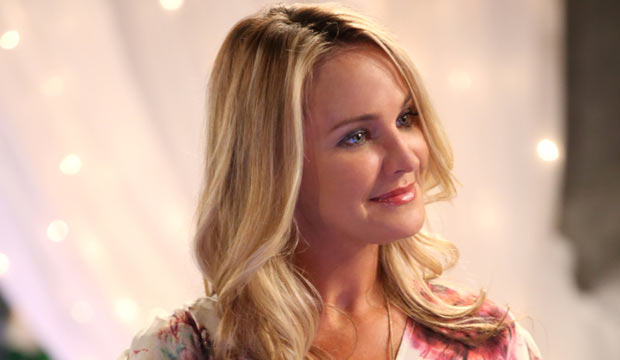 “The Young and the Restless” star Sharon Case appeared in plenty of episode submissions at the 2017 Daytime Emmys, but unfortunately none of them were hers. She was the driving force of a baby-switch storyline that won a Supporting Actor Emmy for her on-screen husband at the time, Steve Burton, and that also earned nominations for supporting actresses Stacy Haiduk and Kelly Sullivan and younger actress Alyvia Alyn Lind. Case was featured in all of their Emmy reels, but she herself was snubbed for Best Actress. In fact, Case has never been nominated in the leading race despite almost a quarter-century on the top-rated CBS soap. Can she finally change that this year?

The character of Sharon Newman was created by “Y&R” in 1994 and was played briefly by Monica Potter and then Heidi Mark before Case assumed the role later that year and made it her own. She earned a pair of Emmy nominations for Best Younger Actress (1996-1997) before aging out of that category and winning Best Supporting Actress in 1999. She picked up two more nominations in the supporting race (2000, 2004), but she hasn’t been back to the Emmys in 14 years, and she has never contended as a leading lady.

As of this writing Case isn’t just a contender for a nomination but a contender to win according to our latest predictions. She currently ranks second with odds of 3/1, behind Maura West (“General Hospital”) with leading odds of 21/10. Those odds are based on the combined predictions of users who have entered their picks at Gold Derby so far, including the Top 24 Users who got the highest scores predicting last year’s Daytime Emmy nominations and the All-Star Top 24 who got the highest scores when you combine the last two years’ predictions.

Currently 19 of our Top 24 are predicting that Case will be nominated for Best Actress, and 3 of them predict she’ll win. Among those predicting her victory is ADouble, who tied for the second highest predictions accuracy (71.67%) forecasting last year’s nominations, so keep their picks in mind while making your own. Meanwhile, 18 of our All-Star Top 24 are predicting a nomination for Case, and 3 of them are betting on her to win too. Do you agree with their forecasts, or will Daytime Emmy voters keep her waiting even longer for her first Best Actress bid?

Be sure to make your Daytime Emmy predictions so that Hollywood insiders can see how their shows and performers are faring in our odds. You can keep changing your predictions until just before nominees are announced on March 21. And join in the fierce debate over the 2018 Daytime Emmys taking place right now with Hollywood insiders in our daytime TV forums. Read more Gold Derby entertainment news.