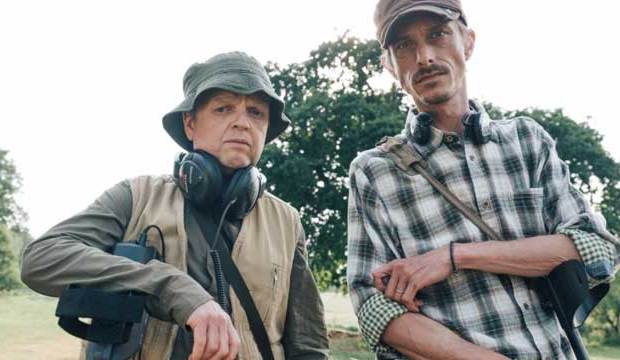 Thanks to Acorn TV, the third and final season of the hit Britcom “Detectorists” is eligible for Emmy consideration. The US-based streaming service co-produced the last six episodes of this delightful slice-of-life created by “The Office” star Mackenzie Crook. He has written and directed every episode and stars as Andy, a would-be archaeologist, who spends his free time with his pal Lance (Toby Jones) in search of buried treasure.

In just 19 beautifully crafted episodes spread out over three seasons (plus a Christmas special), Crook tells a compelling story of male friendship. While both men find love with understanding women — played by the luminous Rachael Stirling and the wry Rebecca Callard — it is their bond that resonates most with viewers (and critics).

The BAFTAs have embraced this heartfelt show, awarding it Best Scripted Comedy for season 1 in 2015 with Jones then winning Best Comedy Actor for season 3 at the recent ceremony.  Although it is season 3 that is on the Emmy ballot, voters would be well-advised to binge all the installments to fully appreciate the masterful work of Crook and company.

Among those singing the praises of season 3 was Tim Goodman, TV critic for The Hollywood Reporter, who called the show “so refreshingly in the slow lane that it takes an episode or two to adjust to its languid pacing. After that, you’ll wish that you could swap your stressed-out lifestyle for that of Andy and Lance, who walk through farm fields with metal detectors and headphones, quietly and with determination listening to the beeps that might reveal Saxon treasures.”

Equally effusive was of Robert Lloyd of the Los Angeles Times who noted, “the series is quiet and lovely, with deep things to show and tell about the land and history. This season, the series’ last, is generous even to old enemies.” With notices like these, it is not surprising that “Detectorists” merits a perfect score at Rotten Tomatoes.

The TV academy encourages voters filling out their ballots to list as many shows as they believe deserve to be nominated. This change in the rules could mean that shows such as this one, with a devoted fan base, could find themselves in the running when Emmy nominations are announced on July 12.