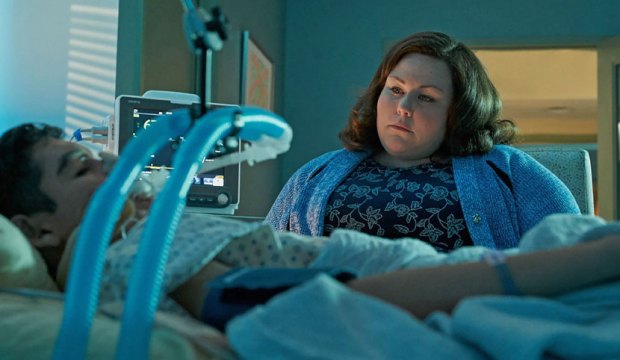 Songwriter Diane Warren is a musical chameleon who has written hits in genres from country to pop, to R&B, to rock. She has done much of her writing for film and just received her ninth Oscar nomination for Best Original Song: “Stand Up for Something” from “Marshall” (co-written with Common). But she’s never walked away with the trophy. What will it take for her to finally enter the winner’s circle? Take a tour of our gallery above of all of Warren’s nominations to find out which songs she contended for, who else was nominated, and who won.

Timing has always been one of Warren’s biggest problems as she’s faced behemoths in the Best Original Song category in some of the years she was nominated. She contended for “Nothing’s Gonna Stop Us Now” from “Mannequin” (1987) when she lost to “(I’ve Had) the Time of My Life” from “Dirty Dancing.” She was up for “Because You Loved Me” from “Up Close and Personal” (1996) when she lost to “You Must Love Me” from “Evita.” When she was in the running for “How Do I Live” from “Con Air” (1997) the academy went with “My Heart Will Go On” from “Titanic.” And when she was nominated for “Grateful” from “Beyond the Lights” (2014) she was overtaken by “Glory” from “Selma.”

Perhaps an even bigger problem for Warren has been a lack of broad academy support for the movies she’s been nominated for. With the exception of a few technical bids for the action films she’s written tunes for, she’s often been her film’s only nomination. The one exception was “Music of My Heart,” which she wrote for the biographical film “Music of the Heart” (1999) that earned Meryl Streep a Best Actress nomination.

Now Warren hopes to win on her ninth try on the only nomination for “Marshall,” a biographical drama about a career-defining case for future Supreme Court justice Thurgood Marshall (Chadwick Boseman). A victory for her and Common would be especially interesting as Common was a co-writer of “Glory” (with John Legend), which defeated her in this category three years ago. But she and Common will have to come from behind as they’re currently in fifth place in our predictions with odds of 80/1. Should they pull off a surprise win here’s hoping Warren is allowed to give the acceptance speech as she’s been waiting 30 years for the opportunity.