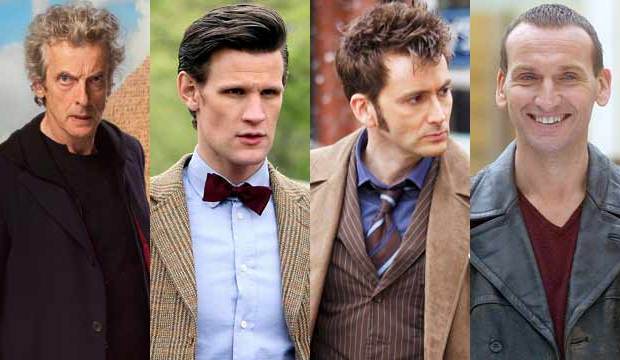 With the Eleventh Doctor Matt Smith earning his first-ever Emmy nomination for his portrayal of Prince Phillip in “The  Crown,” its a good time to look back on the history of timelords at the Emmys. Is Smith the first Doctor to contend? Or is there there a long line of Emmy-winning Doctor Who players?

Well, that depends on which characters you classify as canon Doctors. We’ll get back to that later but, for now, let’s go through the standard Doctors from first to current. 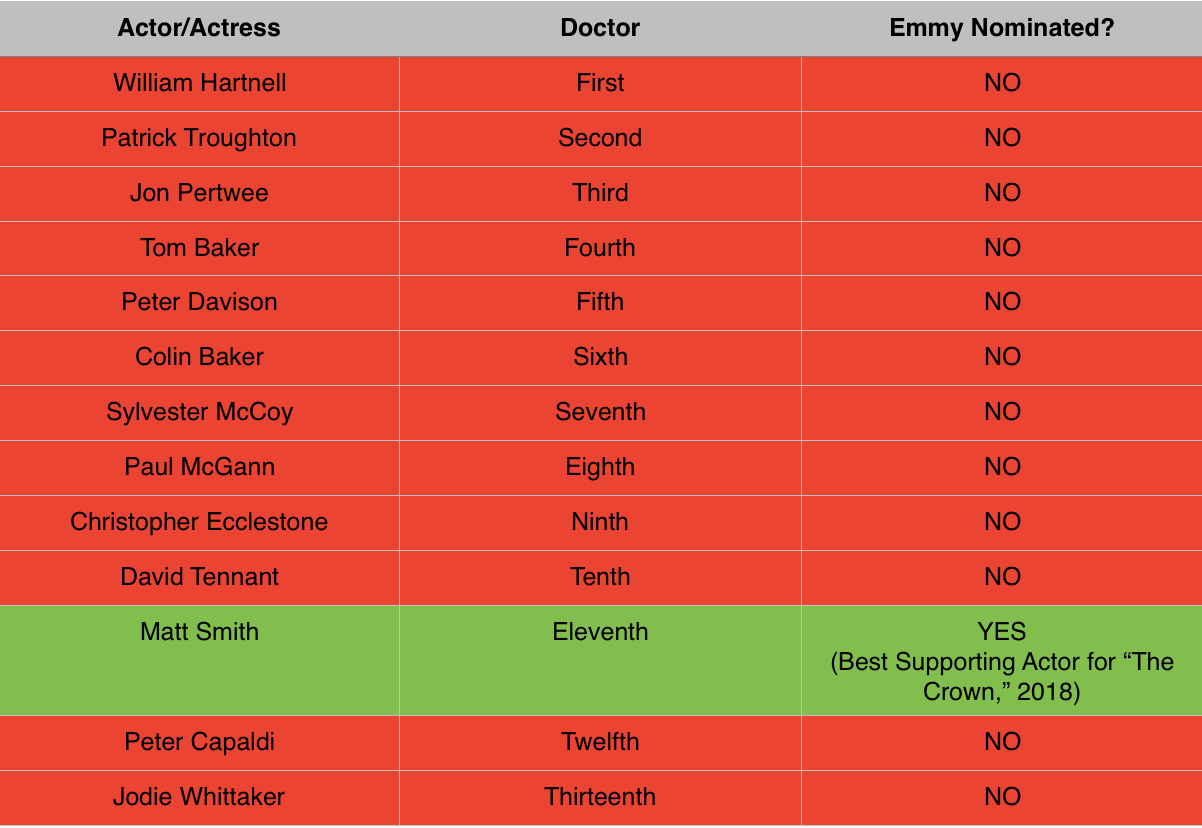 So, there you have it! Of the 13 usual Doctors, Smith is the first and only one to be nominated for an Emmy. However, we must point out that 12th Doctor, Capaldi, is an Oscar winner for Best Short Film (“Franz Kafka’s It’s a Wonderful Life”) – Emmy nomination or Oscar win? Hmmm. Toughie.

However, there are a few more incarnations of the Doctor that have cropped up in specials and what not over the years who may have had more Emmy success than their permanent Doctor counterparts.

David Bradley, the First Doctor in “The Doctor Falls” and “Twice Upon a Time” — 0 Emmy nominations.

Maybe not, then. Out of those three fine actors, only Jones has picked up an Emmy bid. Hurt is a two Oscar nominee (Best Actor for “The Elephant Man” and Best Supporting Actor for “Midnight Express”) and Bradley is an Olivier Award winner for Best Supporting Actor in “King Lear,” but the Emmys eluded them. And Jones isn’t even an official Doctor – rather, he plays the Dream Lord, a sort of distant version of the Doctor.