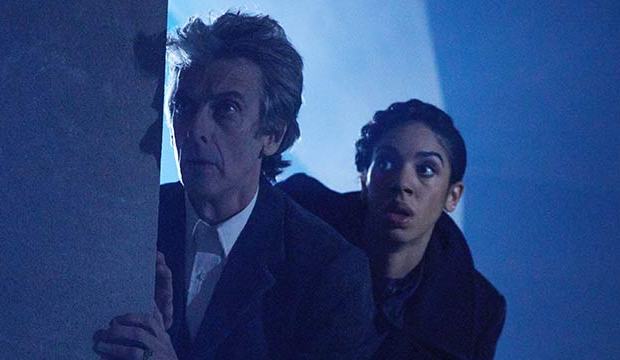 The 2018 Emmy ballots were released to the public on June 11 to coincide with the start of Emmy voting, and there’s one surprise for “Doctor Who” fans. You won’t find the long-running sci-fi show competing as a drama series. Instead, you’ll find it in the race for Best TV Movie. That’s how Steven Moffat‘s other show, “Sherlock,” grabbed Emmys in recent years.

“Doctor Who” aired its 10th season from April 15 to July 1, 2017, so most of those episodes were eligible to compete in last year’s Emmy race. But then the show returned on December 25 for its annual Christmas special, titled “Twice Upon a Time.” And it was especially meaningful as it was the farewell episode for Peter Capaldi in the title role. It ended with the time-travelling Doctor regenerating into his 13th form — and the first ever female form (Jodie Whittaker) in the 55-year history of the show. That gives the episode a powerful emotional hook as well as cultural import.

“Sherlock” also found success as a TV movie. The mystery series produced seasons consisting of three episodes, too short to compete as a traditional drama series. So the show submitted one standalone mystery every season as a TV movie. That paid off with a Best Movie/Miniseries nomination for “A Scandal in Belgravia” (2012), Best TV Movie noms for “His Last Vow” (2014) and “The Lying Detective” (2017), and a Best TV Movie victory for “The Abominable Bride” (2016). Moffat additionally won Best Movie/Mini Writing in 2014 for “His Last Vow.”

Will “Doctor Who” be just as successful? Emmy voters have historically been skittish about awarding sci-fi and fantasy programs, but they might have finally moved on from that particular bias. “Game of Thrones” won Best Drama Series twice (2015-2016). “Stranger Things” and “Westworld” dominated the Emmy nominations in 2017. And the sci-fi anthology series “Black Mirror” won Best TV Movie and Best Movie/Mini Writing just last year for the episode “San Junipero.”

“Doctor Who” is submitted in only five Emmy categories this year. Here are the awards the show could contend for in the 2018 contest:

Do you think “Doctor Who” will make the cut?