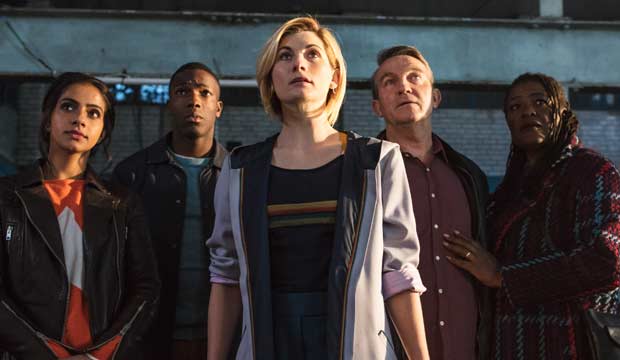 When it comes to TV at the Golden Globes, the newer the better. The Hollywood Foreign Press Association often awards shows when they’re shiny and new like first-year Best TV Drama Series winners “Mr. Robot” (2016), “The Crown” (2017) and “The Handmaid’s Tale” (2018). By that standard, the 55-year-old “Doctor Who” doesn’t fit the bill, but what’s old is new again. The show has gotten renewed attention thanks to its brand new cast led by the show’s first ever female Doctor, Jodie Whittaker. As the show’s own marketing campaign has said, “It’s about time.”

“Doctor Who” is about a time-travelling alien who assumes different forms, but the 13 actors who previously played the title character over the course of more than five decades were all men, even though it was established in the show’s canon that he can change gender as well. When writer Chris Chibnall took over as showrunner from Steven Moffat he decided to change that by casting Whittaker. That decision has even greater resonance after a year of the #MeToo movement.

This gives the Globes the opportunity to cast a vote for gender equality, and it’s right up their alley. They’ve recognized women from genre shows before, nominating Sarah Michelle Gellar for “Buffy the Vampire Slayer” in 2001 and Evangeline Lilly for “Lost” in 2007 when the Emmys never did, and giving wins to Jennifer Garner (“Alias”) in 2002 and Anna Paquin (“True Blood”) in 2009.

And “Doctor Who” just started airing its new season in October, which will keep it fresh in mind when the HFPA members vote on nominees this fall. So this could be the perfect confluence of events to bring the show its first nominations 55 years in the making. The time is right for the show about time.