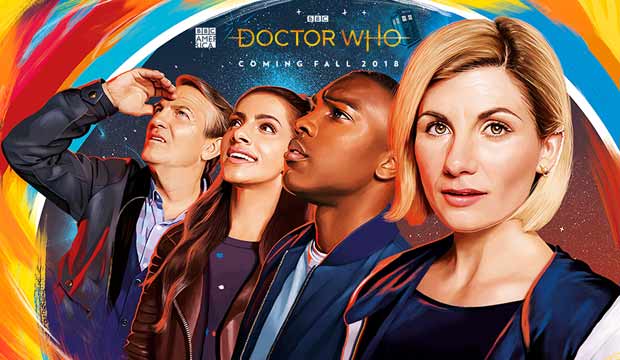 Fans have had a long wait between seasons of “Doctor Who.” Peter Capaldi ended his last full season as the title character in July 2017, and then he handed the reins to 13th Doctor Jodie Whittaker in last winter’s Christmas special. Now we know when Whittaker will officially begin her adventures. BBC America has announced that she’ll board the TARDIS on Sunday, October 7, at a time to be announced since the US premiere will be simulcast with the show’s UK premiere.

The season premiere episode is titled “The Woman Who Fell to Earth,” and BBC America promises it will be the start of a season “packed full of action, humor, emotion, and adventures through space and time.” And it’s historic: Whittaker is the first woman to play the Doctor in the entire 55-year history of the sci-fi show.

But Whittaker isn’t the only new addition. Season 11 of “Doctor Who” wipes the slate clean with a brand new showrunner, Chris Chibnall (“Broadchurch”). He’s replacing Emmy winner Steven Moffat, who ran the show from 2010-2017, overseeing the adventures of 11th Doctor Matt Smith and 12th Doctor Capaldi. There will also be new human companions joining the Doctor on her journeys: Ryan (Tosin Cole), Yasmin (Mandip Gill) and Graham (Bradley Walsh).

Though the show’s US season premiere will be at an irregular time to coincide with the UK broadcast across the pond, you’ll also be able to watch it that evening during an encore broadcast in the show’s regular Sunday night primetime slot. Are you excited for the show’s imminent return?