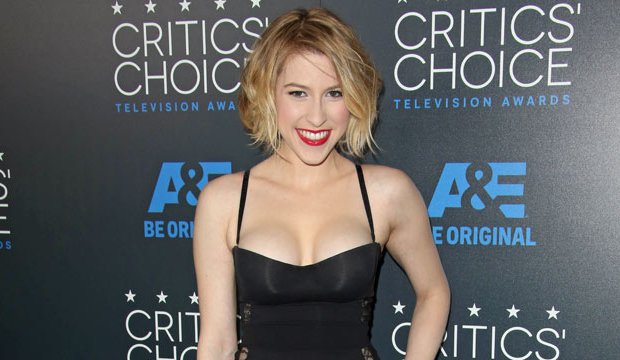 Emmy voters have one last chance to right a wrong and finally nominate Eden Sher for her role as the eternally optimistic Sue Heck on the ABC comedy “The Middle.” This slice-of-lice charmer ended its run this spring after nine seasons. Over the course of its first eight seasons, “The Middle” was woefully left on the outside of the Emmy Awards.

Year after year, “The Middle” was overshadowed by another laffer on the alphabet network, “Modern Family.” While that mockumentary about a upwardly mobile California clan raked in Emmys, “The Middle,” which is centered on a working class Indiana family, was overlooked by TV academy members.

The critics have done their bit, naming Sher as Best Comedy Supporting Actress at the Critics Choice Awards in 2013, having nominated her in both 2011 and 2012. She was recognized by the Broadcast Television Journalists Assn. again in 2015 and 2016.

Over the course of nine years, Sher has matured as an actress alongside her character, who has grown from a gawky teen to a young woman determined to make a difference. Her star-crossed romance with the boy next door, Sean (Beau Wirick), formed the basis of a season-long story arc. After endless mishaps, Sue got her happy ending in the series finale, which was penned by show creators Eileen Heisler and DeAnn Heline (who richly deserve a nomination for this hour-long episode.)

Reviews for the season finale were effusive as ever. Among the leading TV critics taking note of the end of “The Middle” were:

Liam Mathews (TV Guide): “It was a dignified send-off for a show that ran for over 200 episodes and never experienced a significant dip in quality. As a show, it was a lot like its characters: humble, hard-working and dependable.”

Will Harris (AV Club): “So here we are at the end of ‘The Middle,’ a series that revolved around one of the most real families on TV, stayed startlingly consistent throughout its run, went out on its own terms, and delivered as wonderful a finale as its fans could’ve hoped for. It may have been underrated throughout almost its entire run, but it won’t soon be forgotten.”

Verne Gay (Newsday): “‘The Middle’ was especially about love: love for family, for neighbors, for friends, for routine, for simplicity, for the basics, for life itself. As sitcoms go, its heart was full of love.”

Amy Amantangelo (Paste): “After nine seasons, ‘The Middle’ delivered a delightful finale, homing in on what made the series so great — the natural comic beats of a busy, loving family — while advancing all the characters in positive directions.”