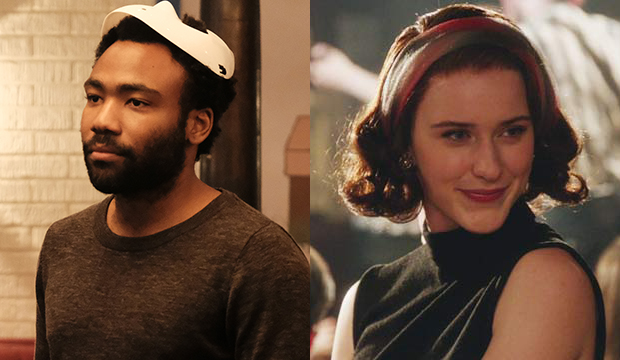 The Music Supervision category at the 2018 Emmys is now one year old, with “Big Little Lies” winning the inaugural trophy last year. Now in its second year of existence, Best Music Supervision honors the best in television soundtracks. It is the music supervisor’s job to attain the rights to licensed songs and generally oversee the usage of music in a series. This year’s nominees include “Atlanta,” “The Marvelous Mrs. Maisel,” “Stranger Things,” “This Is Us” and “Westworld.”

“Stranger Things” is the only show to repeat from last year, but its fellow nominees includes four other shows that the Emmys really love, so this could be one of the most competitive categories on Emmy night. Which series will win the Emmy for Best Music Supervision? Let’s take a look at all five nominees and their submitted episodes.

With music being integral to “Atlanta,” both diegetic and non-diegetic, “Alligator Man” is peppered with hip-hop and R&B tracks that help provide a musical tapestry of these characters’ world. Standout tracks include “The Race” by Tay-K during the opening drive thru shootout, “Did It Again” by Jay Critch & Rich the Kid as we look down from the skies of Atlanta, the wild “Hot Head” by Death Grips, which Darius (Lakeith Stanfield) blasts in the car, and “Hey! Love” by The Delfonics as an alligator walks out of Willy’s (Katt Williams) house. The episode concludes with Curtis Mayfield’s classic “When Seasons Change.”

“The Marvelous Mrs. Maisel” pilot is filled to the brim with gems from the ‘40s, ‘50s and ‘60s. Tracks include: “Teach Me Tonight” by The McGuire Sisters in a flashback to Midge’s (Rachel Brosnahan) college days, “A Wonderful Day Like Today” from “The Roar of the Greasepaint – The Smell of the Crowd” as Midge walks around New York, “Come to the Supermarket (In Old Peking)” by Barbra Streisand as she enters the club, “It’s a Good Day” and “Pass Me By” by Peggy Lee as she, respectively, heads to her parents’ apartment and later considers standup comedy as a trade, “L’etang” by Blossom Dearie as her husband Joel (Michael Zegen) moves out, and “Girls Talk” by Dave Edmunds during the closing credits.

The music featured throughout Season 2 of “Stranger Things” proved how much of a success Season 1 became, with very popular (and presumably expensive) tunes in every episode. In “Trick or Treat, Freak,” Ray Parker, Jr.’s “Ghostbusters” theme is used twice — an instrumental as the kids dress up in their ghost-busting Halloween costumes and the vocal version in the end credits. Other popular songs include: Ted Nugent’s “Wango Tango” during Billy’s (Dacre Montgomery) road rage, Mötley Crüe’s “Shout at the Devil” and Duran Duran’s “Girls on Film” during the teen Halloween party, “Monster Mash” as the kids go trick or treating, and Kenny Rogers and Dolly Parton’s “Islands in the Stream” as Joyce (Winona Ryder) and Bob (Sean Astin) dance.

While “This Is Us” is known for its guitar-heavy musical score, the Season 2 episode “That’ll Be the Day” includes expert usage of outside music. The opening scene features the Pearson family’s elderly neighbor singing “That’ll Be the Day” by the Crickets to his wife. There is also “The Way We Move” by Langhorne Slim & The Law as Randall (Sterling K. Brown) and Kevin (Justin Hartley) fix up an apartment building. The most significant song, however, is the very emotional “To Build a Home” by The Cinematic Orchestra, which plays as the Pearsons’ slow cooker malfunctions and sets their house on fire.

O’Meara has one of the more unique jobs in music supervision, as the songs chosen for “Westworld” are adapted by composer Ramin Djawadi into instrumental covers rather than being used outright. The songs covered in “Akane no Mai” are a Japanese-inspired instrumental of “Paint It, Black” by The Rolling Stones, which is used as Maeve (Thandie Newton) and company enter Shogun World, and an inspired instrumental cover of the Wu-Tang Clan’s “C.R.E.A.M.” during Akane’s (Rinko Kikuchi) dance for the Shogun.