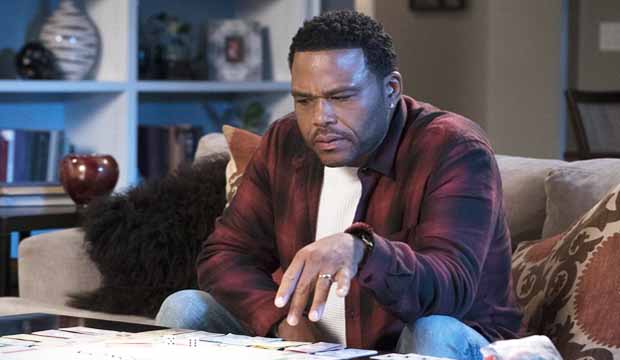 Anthony Anderson is one of the most nominated black actors in the history of the Best Comedy Actor race with his fourth consecutive bid (2015-2018) for his performance as Andre Johnson on “Black-ish,” but he’s still looking for his first win. Perhaps a game of Monopoly will change his luck.

Anderson submitted the fourth episode of the season, “Advance to Go (Collect $200),” a bottle episode where the Johnson family members pair up to play the contentious real estate board game. Anderson is front and center as Dre goes on a hot streak, during which he sells out his wife Rainbow (Tracee Ellis Ross). It only goes downhill from there as the desire to win turns him into an evil real estate mogul and then eventually Donald Trump. After his family turns against him he flips the board and takes a page out of Trump’s playbook by screaming, “Lock her up!”

Anderson may have lost the game, but can he take home his first Emmy? Let’s examine the pros and cons.

The episode is funny. This should be a given in the race for Best Comedy Actor, but a lot of his competitors lean more towards dramedy. Anderson gives a purely comedic performance, which could stand out against his more seriocomic rivals like Donald Glover (“Atlanta”), Bill Hader (“Barry”) and William H. Macy (“Shameless”).

“Advance to Go” is the Anthony Anderson show from beginning to end. The rest of the cast works as an ensemble to support Anderson as Dre takes a crazed turn into a board game version of Trump, never stealing the spotlight away from the episode’s central character. Their reactions to Anderson help sell his performance, enhancing the hilarity.

Under the old voting system where small judging panels watched and ranked the sample episodes on a preferential ballot, Anderson’s standout comic performance might be a heavy favorite to win. However, now that voting is open to all eligible members of the actors branch of the academy in a plurality vote that relies on more of an honor system for watching the submissions, industry buzz and other outside factors come into play, so just being funny might not be enough to win.