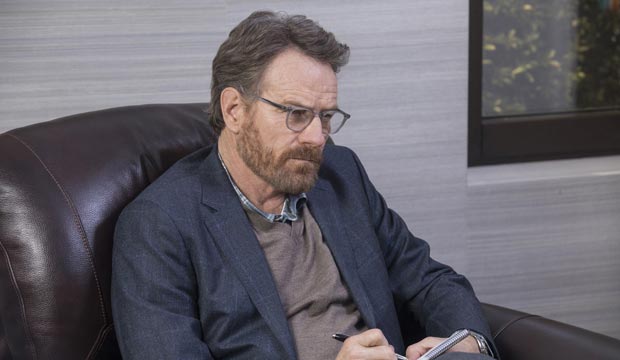 It just wouldn’t be an Emmy race without Bryan Cranston, who added another bid to his resume thanks to his guest performance on “Curb Your Enthusiasm.” The six-time winner for “Breaking Bad” (four for Best Drama Actor, two for Best Drama Series as a producer) returned to his comedic roots playing Larry David‘s exasperated therapist Dr. Templeton.

It’s the first time he has competed in the comedy categories since his three supporting bids for “Malcolm in the Middle” (2002, 2003 and 2006). He contended three more times for “Breaking Bad” (once for producing, twice for acting) and twice as producer and star of the 2016 TV movie “All the Way.” Altogether he has been nominated 15 times. Oh, and he’s also an Oscar nominee for Best Actor for “Trumbo” (2015).

In “Running with the Bulls,” Larry continues to share Dr. Templeton with his ex-wife, Cheryl (Cheryl Hines), but Templeton is concerned Larry doesn’t respect doctor/patient confidentiality. Larry, meanwhile, is dissatisfied with Dr. Templeton’s office chair and offers to take him furniture shopping.

Can Cranston add another Emmy to an already crowded shelf? Let’s take a look at the pros and cons.

This episode reminds us just how funny and versatile Cranston can be, and how criminally overlooked he was for “Malcolm in the Middle.” After he shook our souls for five seasons as the tragic Walter White, voters may want to reward him for once again tickling our funny bones.

Suffice it to say, Cranston is an Emmy darling, with six wins and nine additional nominations in the span of just 16 years. At this point voters may check his name off just out of habit.

“Curb” has never won an Emmy for acting, despite multiple nominations for stars David and Hines, plus guest bids for Michael J. Fox and Shelley Berman. Can Cranston or fellow nominee Lin-Manuel Miranda be the first?

“Saturday Night Live” has done well in this category in the past, as evidenced by a combined five victories for Dave Chappelle, Jimmy Fallon and Justin Timberlake in the last 10 years. Perhaps that gives an advantage to this year’s nominated “SNL” hosts, Donald Glover and Bill Hader.

Cranston could split the vote with fellow “Curb” nominee Miranda, throwing the win to Sterling K. Brown (“Brooklyn Nine-Nine”) or Katt Williams (“Atlanta”), who are the only two nominees in this category who are the only representatives from their shows.

MAKE YOUR PREDICTION: Who will win the Emmy for Best Comedy Guest Actor?
To save your prediction, you must log in to Gold Derby. Click here to sign in with existing account -- or create a new one.
SEEhow our forum posters reacted to the comedy nominations.