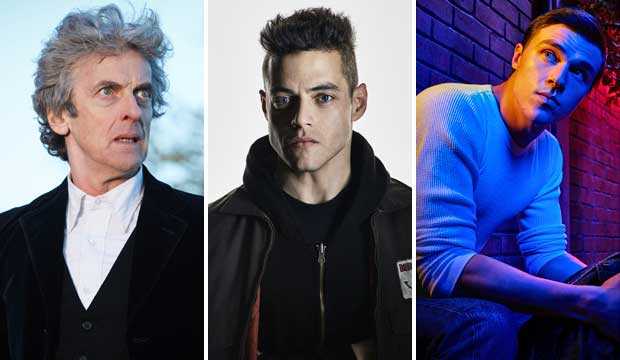 I’m the patron saint of lost Emmy causes — is it still too late for “Buffy” and “The Wire”? — so while my colleague Marcus James Dixon recently singled out actors and actresses he’s rooting for who are on the bubble based on our racetrack odds, I’m focusing on the deep bench of 100/1 long shots who deserve recognition this year. But sometimes long shots pay off.

Emmy voting ended on June 25, and the nominations will be announced on July 12. So here are the top five male actors with 100/1 odds I’m hoping the television academy left room for.

Capaldi came to “Doctor Who” with arguably the most prestige of any actor who has played the title time-traveler over the course of the show’s 55-year run: he won an Oscar in 1995 for his live-action short film “Franz Kafka’s It’s a Wonderful Life,” and he’s a two-time BAFTA champ. On “Doctor Who” he had a mischievous charm, but he also brought a world-weariness to his character that made it even more poignant when he fought to defend that world. In the Christmas special “Twice Upon a Time,” which was entered as a TV movie this year, a dying Doctor resisted his regeneration into a new form, but when he finally gave in to his inevitable transformation it was an Emmy-worthy moment of grief, longing, and acceptance.

Darren Criss and Edgar Ramirez are currently expected to win Emmys as killer Andrew Cunanan and slain fashion designer Gianni Versace, respectively. But for me the heart of the series was in the middle episodes that focus on Cunanan’s earlier victims. The stories of Jeff Trail and David Madson — and the actors who play them, Finn Wittrock and Cody Fern — illustrate with great insight the psychological toll of homophobia and sexual shame. Cunanan was able to exploit that to ingratiate himself with both of them. He was the monster in their closet.

Who would have thought that Malek would go from Emmy winner to Emmy long shot in just two years for his role as mentally unstable hacker Elliot Alderson? But even though the series doesn’t have as much buzz as it did when it started, Malek’s performance is undiminished. He still excels in conveying Elliot’s tightly-wound paranoia and his internal conflict against his anarchistic alter ego. It’s still a largely internal performance, but you can always see that internal battle behind his eyes.

The French actor isn’t as well known in the US as his co-stars who are also competing for Best Movie/Mini Supporting Actor noms (Peter Sarsgaard, Michael Stuhlbarg, Bill Camp), but in many ways he’s the heart of the series. He plays real-life FBI Agent Ali Soufan, a Muslim investigating al-Qaeda and Osama bin Laden in the years leading up to 9/11. This is tough subject matter, but Rahim’s conviction helps carry us through the 10-episode narrative. And the actor gets a triumphant scene in episode 10 in which he indignantly explains the Koran to an “Islamaic” terrorist who clearly hasn’t read it. That scene is in Arabic, which Rahim doesn’t speak, making his performance doubly impressive.

Tatro’s character, Dylan Maxwell, is a complete and utter buffoon, so it’s to the actor’s credit that we come to sympathize with him in unexpected ways. In this parody of true-crime phenomena like “Making a Murderer” and “Serial,” Dylan has been accused of defacing cars with lewd images — “Who did the dicks?” But as the series progresses the sharp writing and Tatro’s multifaceted performance show us how other people’s low expectations of him have shaped how he views himself. Oh, and he’s funny too, which is a breath of fresh air in a category that’s usually filled with serious fare.