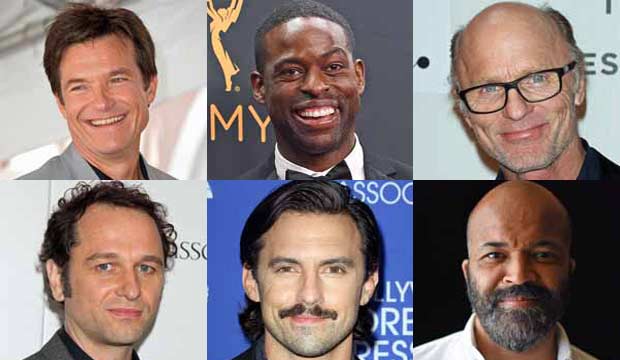 Gold Derby’s Emmy Experts from major media outlets are divided over this year’s race for Best Drama Actor. The majority of our knowledgeable pundits forecasts that Sterling K. Brown (“This Is Us”) will win his second consecutive Emmy in this category (and third overall after his 2016 victory for “The People v. O.J. Simpson”). But others believe that Matthew Rhys will take home his first Emmy Award for the final season of “The Americans.”

The remaining Expert is Eric Deggans (NPR), who goes out on a limb for Jeffrey Wright (“Westworld”) for his role as Bernard, a robotic host. In his episode submission “The Passenger,” Wright proves why he made the jump from supporting (where he was nominated last year) to lead as Bernard comes to realize several truths about the people around him.

When our Experts’ predictions are combined together, Brown earns leading 8/11 racetrack odds with Rhys in second place at 13/5 odds. Following those two frontrunners, there’s a big drop-off on our chart for the other nominees: Milo Ventimiglia (“This Is Us”) at 14/1 odds, Wright at 18/1 odds, Jason Bateman (“Ozark”) at 40/1 odds and Ed Harris (“Westworld”) at 80/1 odds.