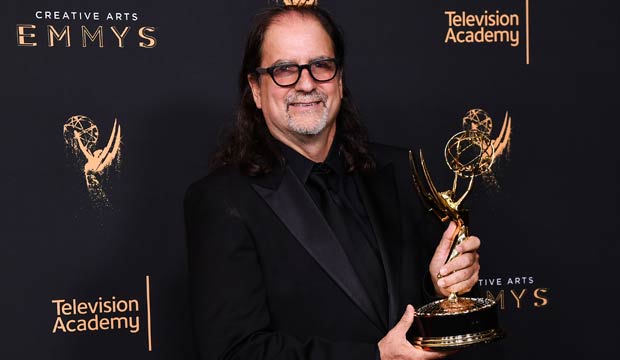 Did you swoon when the 2018 Emmys were handed out on Monday as Glenn Weiss, who won for his directing of this year’s Academy Awards ceremony,  stopped the show and proposed to his girlfriend during his acceptance speech?

Apparently, according The New York Post’s Page Six, there were some Broadway types who took exception to his co-opting valuable minutes of the show for personal reasons.  It seems that Weiss, who has directed 18 Tony telecasts, is a known stickler in enforcing the 45-second rule when it comes to thank-you speeches.

Page Six quoted one unnamed theater executive as saying, “Every year, Glenn gives this pompous speech to all the nominees, lecturing everyone about how the clock starts the second your name is called and that going long is unfair to your fellow nominees because it eats time for everyone whose categories come later in the evening.” The speech, according to the source, clocked in at three minutes.

As someone who thought that this year’s Emmy extravaganza was mostly a snooze-fest save for Betty White and all the “Maisel”  adoration,  I felt the rather spontaneous  injection of romance was the highlight of the show. Then again, I will never win a Tony.

Weiss – no fool, apparently — was prepared for a pushback, judging by what he told Jimmy Kimmel in an interview:  “I was actually really worried about that, having been in the seat and (knowing) how those shows function . . . So, I really kind of ran through what I wanted to say in my head and then as the night was going on, and I saw how much time . . . I kept editing and filtering and just hoping it wouldn’t go too long.”