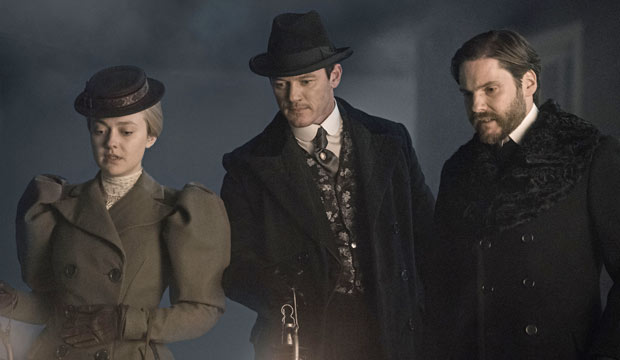 TNT’s “The Alienist” follows the investigation into a series of grisly murders that haunt a team of investigators. In that sense it’s not unlike HBO’s anthology “True Detective.” The first season of that drama won 5 Emmys out of 12 nominations in 2014, including one for Cary Joji Fukunaga‘s direction. Now Fukunaga is an executive producer and writer for “The Alienist,” so will he return to the Emmy race? If so he’ll be migrating to new categories: his season of “True Detective” was entered as a drama at the Emmys, but “The Alienist” is expected to compete as a limited series.

Apart from Fukunaga’s participation and similarities in tone, “The Alienist” is a quite different series, but it might appeal to many of the same television academy members who voted for “True Detective” or other crime series like “Boardwalk Empire” and “The Night Of.” Where season one of “True Detective” was set in contemporary Louisiana, “The Alienist” takes place in 1890s New York City and focuses on the title character, a pioneering criminal psychologist named Laszlo Kreizler (Daniel Bruhl) who is on the hunt for a serial killer targeting street children. Kreizler is aided by a newspaper illustrator (Luke Evans), the secretary to the police commissioner (Dakota Fanning) and a pair of twin brothers who also work for the NYPD (Douglas Smith and Matthew Shear).

The series has a strong pedigree beyond Emmy winner Fukunaga. Amini previously earned an Oscar nomination for penning the adapted screenplay for “The Wings of the Dove” (1997), and he also wrote the acclaimed film “Drive” (2011). There are a couple more Oscar nominees scripting episodes for “The Alienist” — E. Max Frye (“Foxcatcher”) and John Sayles (“Passion Fish,” “Lonestar”) — not to mention a Pulitzer Prize finalist, playwright Gina Gionfriddo.

Among the directing team, Vebruggen is a BAFTA nominee who has helmed “The Fall,” “London Spy,” “House of Cards” and “Black Mirror,” among other credits. David Petrarca has also directed “Game of Thrones,” “Boardwalk Empire,” “Jessica Jones” and “The Man in the High Castle.” And Jamie Payne has helmed “Call the Midwife,” “The Hour” and “Luther.”

If nothing else “The Alienist” could be catnip to voters below-the-line as it boasts extravagant period details, including noteworthy cinematography, costume design, production design and visual effects that establish the late-19th century setting. Seitz called the visuals “overwhelmingly tactile.”

So do you think it will appeal to Emmy voters?

MAKE YOUR PREDICTION: Who'll win Best Limited Series?
To save your prediction, you must log in to Gold Derby. Click here to sign in with existing account -- or create a new one.
PREDICTthe Emmy nominees and winners now; change them until July 12