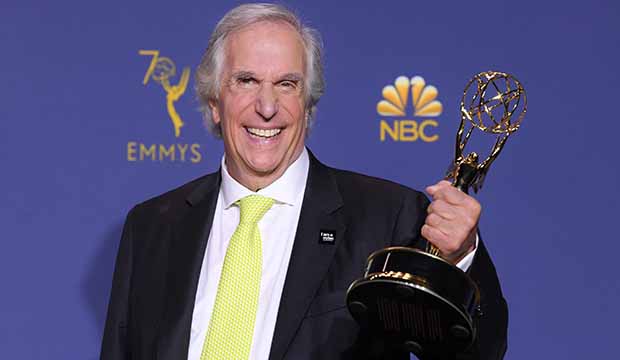 Gold Derby was on the red carpet at Monday’s 2018 Emmys to chat with many of this year’s nominees and cast members from nominated shows. (See the complete list of winners). Among the Emmy contenders we chatted with in downtown Los Angeles were winner Henry Winkler (“Barry”), Ed Harris (“Westworld”) and ceremony producer Lorne Michaels (“Saturday Night Live”). The live Primetime ceremony on NBC was hosted by “SNL” stars Colin Jost and Michael Che.

Click each link below to be taken to the full interview.

Joel Fields and Joe Weisberg, nominated producers and writers of “The Americans”

Margo Martindale, past 3-time Emmy winner and star of “The Americans”

Bruce Miller, nominated producer and writer for “The Handmaid’s Tale”