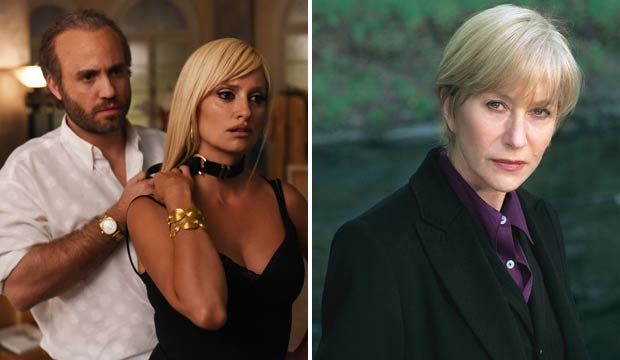 This spring FX’s “American Crime Story” returned for its second season, “The Assassination of Gianni Versace,” which explores the murder of the famous fashion designer (played by Edgar Ramirez) by serial killer Andrew Cunanan (played by Darren Criss). It’s the early front-runner to win Best Limited Series based on the combined predictions of hundreds of Gold Derby users who have entered their picks in our predictions center thus far. The first season of “ACS,” “The People v. O.J. Simpson,” also won top honors in 2016, so a victory for “Versace” would make this the first series since “Prime Suspect” to repeat as Best Limited Series.

Anthologies have had a TV revival in recent years. Ryan Murphy helped re-popularize the form with “American Horror Story,” which debuted in 2011. Since then we’ve seen other anthologies like “Fargo,” “American Crime” and “Black Mirror” earn acclaim and awards. But since that revival of the genre no show has won Best Limited Series multiple times. “Horror Story” lost all four of its bids in the top category: for “Murder House” (2012), “Asylum” (2013), “Coven” (2014) and “Freak Show” (2015). “Fargo” won on its first nomination in 2014, but then lost its subsequent bids in 2016 and 2017. And ABC’s “American Crime” lost twice in 2015 and 2016.

In fact, only two shows have ever won multiple times, and they predate the current anthology craze. The ratings blockbuster “Roots,” about the history of American slavery, won in 1977, and then its sequel “Roots: The Next Generations” prevailed in 1979. But “Prime Suspect” did even better than that, winning Best Limited Series three times out of five nominations. The British mystery series starring Helen Mirren as Detective Chief Inspector Jane Tennison won for “Prime Suspect 2” (1993), “Prime Suspect 3” (1994) and “Prime Suspect 5: Errors of Judgment” (1997). Tennison returned to the Emmys twice more, with nominations for “Prime Suspect 6: The Last Witness” (2004) and “Prime Suspect: The Final Act” (2007).

“American Crime Story” is unlike “Prime Suspect” in that it follows an entirely different storyline every season and doesn’t overlap its characters. So it’s hard to know for sure if television academy voters will respond to the “Versace” series as strongly as they responded to “O.J.,” but we know voters love Ryan Murphy, who has won 4 Emmys out of 26 nominations, including Best TV Movie for “The Normal Heart” (2014) and Best Limited Series for “O.J.” So do you think “Versace” will follow in the footsteps of “Roots” and “Prime Suspect” by repeating for Best Limited Series?