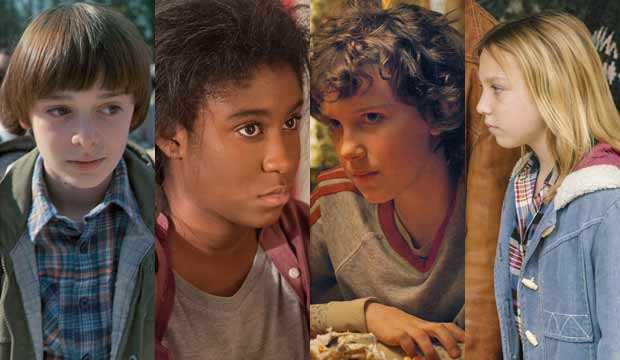 The 2017 Emmy nomination for Millie Bobby Brown was significant given how rare it is for the TV academy to warm up to child performers. She was 13 when she was nominated for Best Drama Supporting Actress for “Stranger Things.” Could she open the flood gates for a new class of talented youngsters this year?

Brown is a solid bet for another nomination according to our latest predictions, which place her fifth with 6/1 odds. But this year one of her young co-stars could join her at the Emmy party. Noah Schnapp gave a breakthrough performance in season two of “Stranger Things” as his character, Will Byers, struggled against demonic position by a creature from the Upside Down.

Schnapp just won an MTV Movie and TV Award for Most Frightened Performance. The online fans who vote for those awards probably don’t overlap much with the TV academy, but it did give the young actor the chance to endear himself to voters with his acceptance speech on June 18, which was smack-dab in the middle of Emmy voting. Brown won an MTV Award last year before securing her Emmy nom, so it certainly doesn’t hurt Schnapp’s case.

Schnapp is on the bubble for a Best Drama Supporting Actor nomination according to our predictions, where he ranks sixth with 16/1 odds. At age 13, if he makes the cut he would be one of the youngest male actors ever nominated, following Fred Savage, who was also 13 when he was up for Best Comedy Actor for “The Wonder Years” in 1989, but a few months younger than Schnapp is now. And back in 1959 another 13-year-old, Johnny Crawford (“The Rifleman”), earned a nomination but lost.

And it’s not just the kids from “Stranger Things” who have established themselves as standout performers. Kids these days are giving strong performances across the TV landscape, from the up-and-coming young actors on family shows like “Black-ish,” “One Day at a Time,” and “Fresh Off the Boat,” to other performers making strong first impressions this year.

SEEHey, Noah Schnapp (‘Stranger Things’): You could tie as the youngest dramatic actor ever nominated at Emmys

Iain Armitage received widespread attention for his role in “Big Little Lies” in 2017. Now he has already moved up to leading-man status, contending for a Best Comedy Actor nomination for playing the title character in “Young Sheldon.” It’s CBS’s prequel to “The Big Bang Theory,” for which Jim Parsons won four Emmys as the adult Sheldon. Armitage is a pre-teen, so he’d be the youngest male actor ever nominated for an Emmy.

Other youngsters are on the ballot for standout dramatic roles. Lyric Nicole Ross could be nominated for Best Drama Supporting Actress for joining the cast of “This is Us” in season two as Deja, foster child to Randall and Beth Pearson (Sterling K. Brown and Susan Kelechi Watson).

In what may have been an even more emotionally demanding role than that, 14-year-old Isabelle Nelisse is on the ballot for Best Movie/Mini Supporting Actress for playing a young Laura Dern in the HBO telefilm “The Tale.” The story explores a woman’s reawakening to the sexual abuse she suffered as a child, and Nelisse plays her in flashbacks during the period when the abuse was taking place.

Alas, we’re not holding out much hope for anyone besides Schnapp to join the list of only 12 actors who have ever been nominated under the age of 18. If he and Brown do make the lineup like we’re currently predicting, will any other prodigious youngsters surprise us by joining them? “Stranger Things” have happened.