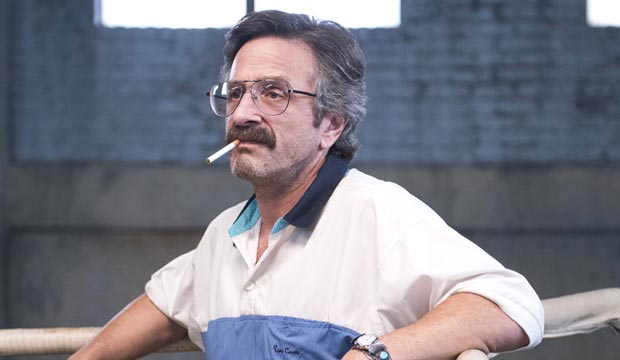 According to our latest Emmy predictions, Marc Maron (“GLOW”) is a likely nominee for Best Comedy Supporting Actor, ranked fifth with odds of 8/1 based on the combined forecasts of more than 1,200 Gold Derby users who have entered their picks this far. But could we be underestimating him for the win? He’s coming off a surprise SAG nomination for his performance, and that could be a strong indicator of Emmy. Both the SAG Awards and Emmys are peer group prizes where actors are judged by fellow actors.

The SAG Awards only have one category for male comedy actors, which means supporting actors have to face off against lead actors. Naturally, supporting stars are at a disadvantage given their limited screentime relative to lead performers, so when a supporting performance gets nominated is especially noteworthy. And it leads to Emmy wins more often than you might think. Since the SAG Awards were first presented in 1995 there have been 13 comedy actors nominated for supporting roles, and so far only four of them have failed to win an Emmy for Best Comedy Supporting Actor: Jason Alexander (“Seinfeld”), Robert Downey Jr. (“Ally McBeal”), Peter Boyle (“Everybody Loves Raymond”) and Tituss Burgess (“Unbreakable Kimmy Schmidt”) — though there’s still time for Burgess to win as “Kimmy Schmidt” is still on the air.

There’s also a 14th example — sort of. William Shatner (“Boston Legal”) was nominated at the SAG Awards for his supporting comedy role as Denny Crane. The Emmys classified “Boston Legal” as a drama instead, but Shatner won there anyway for Best Drama Supporting Actor. So the SAG factor even works across genres.

Maron co-stars in “GLOW” as Sam Sylvia, a struggling filmmaker in the 1980s who finds himself directing a women’s wrestling circuit for television. The character is the kind of prickly curmudgeon whom Emmy voters often don’t warm up to (see above re: Jason Alexander and Peter Boyle), but he also plays the kind of committed artiste whom members of the TV academy might be able to relate to.

As of this writing none of the Expert journalists we’ve polled from top media outlets are predicting a victory for Maron, but 8 out of 10 are betting on him to at least be nominated: Eric Deggans (NPR), Joyce Eng (Gold Derby), Matthew Jacobs (Huffington Post), Robert Rorke (New York Post), Peter Travers (Rolling Stone), Ben Travers (IndieWire), Ken Tucker (Yahoo) and Adnan Virk (ESPN). And one of our All-Star Top 24, who got the highest scores predicting the last two years’ Emmy nominations, thinks he’ll win.