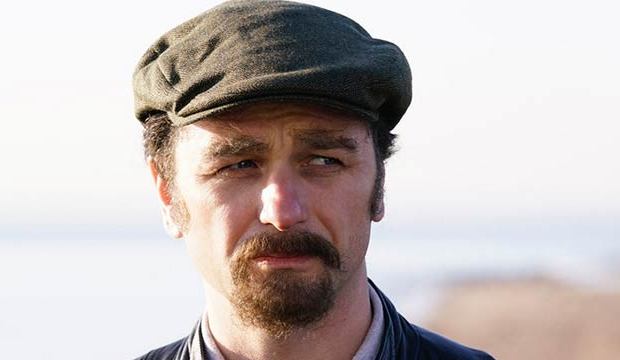 As Gold Derby predicted, this year’s nail-biting Emmy race for Best Drama Actor went to Matthew Rhys (“The Americans”) for his final hurrah on the FX series. Just last month Sterling K. Brown (“This Is Us”) led our predictions to win, but he was officially overtaken in the final stretch by Rhys. Of Gold Derby’s 27 Emmy Experts from major media outlets, Rhys was the pick of 19 of them while only six ended up backing Brown; the remaining two forecasted an upset victory for Jeffrey Wright (“Westworld”).

Rhys had leading 8/11 odds to win Best Drama Actor during Monday’s live ceremony. In addition to the 19 Experts who thought he’d win his first-ever Emmy for this final season of “The Americans,” he also had the support of seven of our nine staff Editors, 14 of our Top 24 Users and 14 of our All-Star Users. After six seasons playing Russian spy Philip Jennings on FX’s “The Americans,” Rhys finally prevailed for the well-received series finale, titled “START.”

Brown came in second place on our chart with 23/10 odds. As family man Randall Pearson on NBC’s “This Is Us,” Brown already took home the trophy in this category last year, in addition to his 2016 Emmy for the limited series “The People v. O.J. Simpson.” In his Season 2 episode submission, titled “Number Three,” Randall continues dealing with the loss of his biological father (Emmy winner Ron Cephas Jones) as he struggles to become a foster parent.

Wright finished in third place in our rankings with 22/1 odds to win for “Westworld.” In the absence of series star Anthony Hopkins, this year Wright made the bold decision of jumping up to the lead race from supporting. It paid off with a nomination, but not a win. However, something tells us Wright doesn’t mind losing, as he already has an Emmy on his mantel for “Angels in America” (2004).

Milo Ventimiglia, Brown’s co-star on “This Is Us,” had fourth-place odds of 25/1. After starring on television in everything from “Gilmore Girls” to “Heroes,” Ventimiglia enjoyed his first-ever Emmy nomination last year for playing patriarch Jack Pearson. The second season focused even more on Jack, including revealing the way in which he died. Ventimiglia submitted his funeral episode, titled “The Car,” for Emmy consideration, a smart move as had voters reaching for the tissues.

Rounding out the category were Jason Bateman for “Ozark” (50/1 odds) and Ed Harris for “Westworld” (80/1 odds). Bateman was notably brand new to the drama category after previously being nominated for Best Comedy Actor for “Arrested Development” (2005 and 2013). He was also recognized for directing “Ozark,” giving him two nominations at the Primetime ceremony. Like Wright, Harris also moved up to the lead race this year after being on the supporting ballot last year.