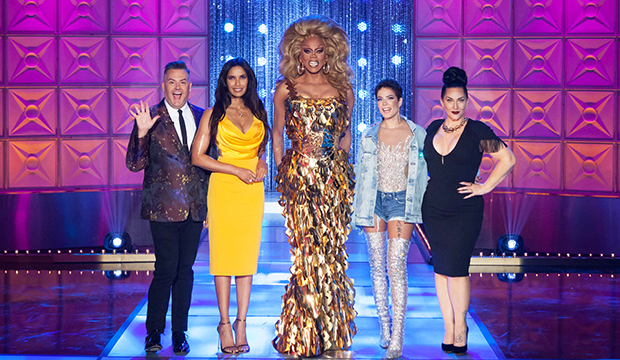 “RuPaul’s Drag Race” has told “The Voice” to sashay away from the Best Reality-Competition Program Emmy. The VH1 series claimed the prize over the three-time defending champion at Monday’s Primetime Emmy Awards.

“Drag Race” was the predicted favorite to win with 3/10 odds. With RuPaul Charles’ third straight host win at last weekend’s Creative Arts last weekend, this is the first time Best Reality-Competition Program and Best Reality Host have gone to the same show in the same year. Talk about making herstory.

“Drag Race” is also only the fourth show to win this category after “The Amazing Race” (10 times), 2010 champ “Top Chef” and “The Voice,” which was seeking its fifth win.

“The Amazing Race” was in third place with 25/1 odds. The globe-trotting series enjoyed a rejuvenated 30th season, but it hasn’t been to the Emmy stage since 2014.

Tied with 66/1 odds were “American Ninja Warrior” and “Top Chef.” In last place was “Project Runway” (80/1), which has the dubious honor of having the most nominations — this is its 14th bid — without a win in this category.