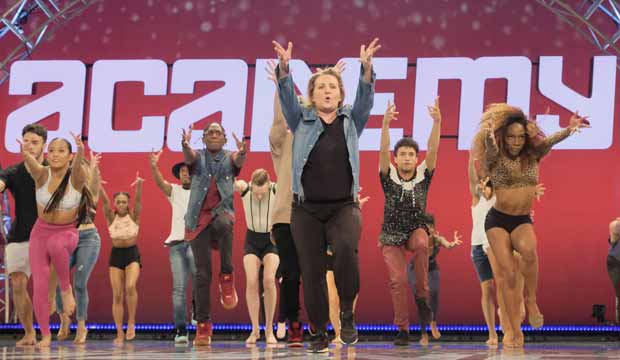 Mandy Moore (“So You Think You Can Dance”) has gone back-to-back by winning Best Choreography at the Emmys for the second year in a row. This year she was awarded for her work on two routines: the massive group number “Brand New” (watch it below) and the intimate duet “To Make You Feel My Love.” The prize was handed out at the Creative Arts Awards on Sunday night, September 9, during a ceremony that honored the best achievements in reality, variety and nonfiction programming.

Moore is known for her work ranging from “Dancing with the Stars” to “La La Land” but she didn’t win her first Emmy until last year, when she prevailed for a pair of dances she created for “DWTS.” Her victory this year is her first for “SYTYCD,” and her busy season doesn’t end there. She has been choreographing routines for the current 15th season of “SYTYCD,” and this fall she will be a judge on the new series “Dancing with the Stars: Juniors.”

This was the 11th victory in this category for “SYTYCD,” which is by far the most awards in this category for a single program. But the odds were on the show’s side as it has three of the four other nominees as well. Al Blackstone, Travis Wall, and Christopher Scott were also nominated for their work on the show this year. Moore actually tied with Wall at last year’s event, but she wins solo this time around.

“I don’t know how people keep it so cool when they win because I was freaking out,” said Moore when we interviewed her in August about her victory last year and her nomination this year. If she keeps up the good work she may start getting used to it.