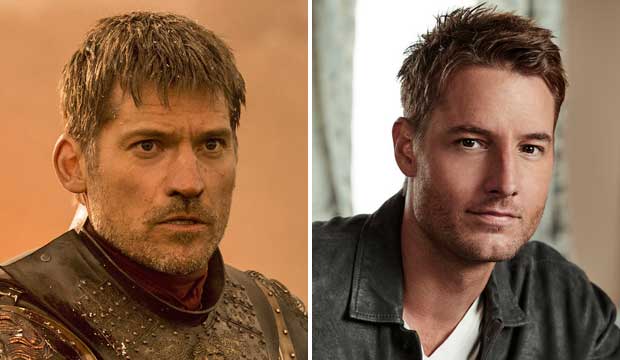 HBO is making a bold move by shifting “Westworld” stars Jeffrey Wright and Ed Harris from supporting to lead for the Emmys, ostensibly freeing up two spots in Best Drama Supporting Actor. Only Wright was nominated last year in supporting, but both stars were favored to get in this year. Now with them being MIA, along with defending champ John Lithgow (“The Crown”), Jonathan Banks (“Better Call Saul”) and Michael Kelly (“House of Cards”), it’s open season for a number of names to make the shortlist — some for the very first time. Who has the best chances of taking advantage of this wide-open field?

David Harbour (“Stranger Things”) and Peter Dinklage (“Game of Thrones”) are 1-2 in our odds and seem like locks, as does Mandy Patinkin (“Homeland”) on a smaller scale. Patinkin, in fourth place, returned last year after a two-year absence and is the last remaining flagbearer for the once-hot Showtime drama. So for argument’s sake, let’s assume they’re all safe.

Based on his rise from fourth to third in our odds, “This Is Us” star Justin Hartley appears to be the consensus to break through. The actor, who was not nominated last year, got to show off his chops last season as Kevin spiraled out of control after falling off the wagon. Sixty-three percent of our readers also believe the main five “This Is Us” stars will make it in this year.

“Stranger Things” star Noah Schnapp has now moved up to fifth place. The 13-year-old surprised many by carrying the Season 2 narrative. His age might work against him, but his co-star and fellow teen Millie Bobby Brown got in last year.

In sixth place now is Nikolaj Coster-Waldau. The “Game of Thrones” star is still awaiting his first Emmy nomination while his onscreen siblings Dinklage and Lena Headey have amassed multiple ones, including two wins for Dinklage. Last time “Game of Thrones” was eligible, Kit Harington broke through in this race, but he is also rolling the dice in lead this time, so Coster-Waldau could theoretically “take his spot.”

Sitting just outside the predicted top six are Brendan Fraser, who’s making a comeback with “Trust,” former nominee Jon Voight (“Ray Donovan”), who could definitely benefit from a name-check, and Joseph Fiennes, who can get caught up in “The Handmaid’s Tale” love if the reigning Best Drama Series champ explodes in nominations this year. A nominee last year, “This Is Us” star Ron Cephas Jones is also in the mix, but he might be campaigned in guest this time.

Who do you think has the best chance of making it in? Vote below!